Get the gold plates. Titles are one of the easiest concepts in wrestling and that has been the case for a very long time. Since wrestling began, the idea of having a championship belt to signify the best wrestler in the company has been a well known concept and that is still the case to this day. It means a lot when a promotion brings in a new title and that might be the case again in one of most prominent companies around.

During an interview with the AJ Awesome Show as part of the Double Or Nothing media conference call, AEW President Tony Khan mentioned that he would love to introduce Women’s Tag Team Titles to the company in the future. Khan said that while he needed to wait until some new wrestlers have been brought in and some wrestlers return from injury, but he would like to bring in the titles eventually. Also mentioned were the long rumored Trios Titles, though no date was given for either set of titles.

Opinion: I really hope that this isn’t something we see, as there are just far too many titles in AEW. If you factor in the Ring Of Honor titles, AEW is approaching twenty championships in the company, which is far too many for just about anyone anywhere. I would hope that AEW drops some of those at some point, as there is no need to have that much going on. Five more titles, especially over just two teams, are quite a bit more and it’s going too hard.

What do you think of the idea? Who would you have as the inaugural champions? Let us know in the comments below. 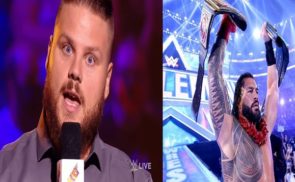 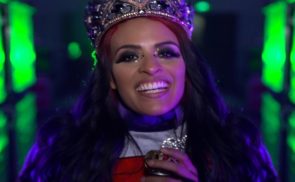