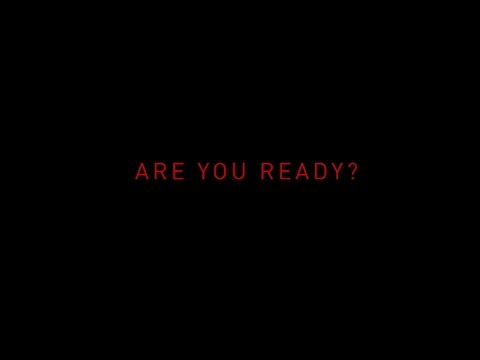 Are you ready for WWE Network?

WWE have released their second quarter earnings for 2017, which include their WWE Network subscription account. Vince McMahon and George Barrios both speak on the results.

The call was opened by SVP Financial Planning & Investor Relations Michael Weitz. He welcomed the people to the call, before WWE Chairman and CEO Vince McMahon took over.

McMahon explained that the company is pleased with its execution of strategy to optimize longtime value of their content. He explained some numbers from the press release including live event revenue and information related to WWE Network revenue and subscriptions. He mentions the ‘Mae Young Classic’ that Triple H has worked on has the possibility of bringing up young female performers for the company, which is vital to their overall product. He notes success for female talent. McMahon then mentions that one of the main things he looks at for overall interest is digital video views. WWE have had 9.1 billion views for this part of the year, which is extraordinary. He says social media followers is a tremendous indication of overall interest. He explains that blue-chip sponsors like KFC, Nestle & AT&T have joined them. He also plugs a September live event to take place in China before explaining their strategy over there is looking good. He plugs some international TV deals before handing the call over.

Chief Strategy and Financial Officer George Barrios takes over. He quickly goes over some numbers, before handing the call over to Chief Revenue & Marketing Officer Michelle WIlson. She mentions the ‘WWE UK Title Special’ and ‘Mae Young Classic.’ She then speaks on new localized international content that McMahon had previously mentioned and the tryouts WWE recently held in Dubai. She makes mention of The Bella Twins’ YouTube channel which has added 750, 000 subscribers to their growth. She promotes a Snapchat series to be launched with NBCU that begins later this year. She mentions the blue-chip sponsors McMahon alluded to, explaining that they contributed a 25% increase in global sponsorship for the year. She mentions the success of the WWE Tap Mania game that was released this past week.

The call is given back to Barrios. He begins by explaining that their results show they continue to drive innovation and transform their business. He continues with numbers from the press release before turning the call over to investors for questions.

The first question is answered by Wilson, where she explained how they educate people on their brand and how that ultimately led to new advertisers joining them. The PG content rating helps with that. She explains that they are really proud of the roster of advertisers and sponsors that they are bringing on. They mention the localization efforts from around the world and how fans are responding. Barrios explains the new show in India is their most hourly watched show. A similar show to that in the Middle East is also developed and are working on other localized versions of their shows for other markets. Barrios said it was a big win. When asked by an investor how close WWE are to doing the weekly WWE UK TV show or tour of the brand, Barrios said it all goes back to localization of content. He said they have a large and powerful, yet hungry fanbase in the UK and they aim to continue building that.

On ways to get Network subscriptions up in the future, Barrios said they have a lot of ideas to create fun, new content for subscribers. They are also getting better at communicating with both current and former subscribers. Barrios confirmed ‘Raw’ and ‘Smackdown Live’ are their biggest, most profitable revenue streams, their biggest monetization. He would later note that they have produced approximately 300 hours of original content for the Network per year. China is explained as having gone from an early developing market to a market they are starting to monetize. He explained that the company has only a certain amount of days per year allocated for live events so they have to make tough choices because they are popular in every country across the globe.

WWE would then issue the following via their corporate website:

WrestleMania (April 2, 2017) broke the attendance record for the Orlando Citrus Bowl, attracting 75,245 fans, and reached a record 1.95 million global households on WWE Networkalone, making it the most-watched WrestleMania in history. WrestleMania was made available live in China for the first time on PPTV Sports via pay-per-view with a choice of Mandarin or English commentary. During WrestleMania Week, WWE Network subscribers watched 22.5 million hours of content, averaging approximately 13 hours per subscriber. WrestleMania was the most social event in WWE history with 5.19 million interactions on Facebook and Twitter during the broadcast alone. WrestleMania accounted for nearly 30% of all social TV interactions on April 2nd, surpassing the Country Music Awards (13%), The Walking Dead Season Finale (10%) and MLB Opening Day on ESPN (10%). During WrestleMania, the Company launched its first Snapchat show yielding over 5 million unique viewers. A series of Snapchat shows, co-produced by NBCU, will start later this year.

“We are pleased with our ongoing efforts to execute our multi-platform content strategy as evidenced by the continued year-over-year growth of WWE Network, the increased production of localized programming across platforms and markets, and the attraction of new sponsors,” stated Vince McMahon, WWE Chairman and Chief Executive Officer.

George Barrios, WWE Chief Strategy & Financial Officer, added “We achieved record revenues in our Network and Live event segments, continued to grow WWE Network’ssubscriber base, and generated results that were essentially in line with our guidance. As we continue to drive WWE’s digital and direct-to-consumer transformation, we remain on track to achieve our 2017 financial objectives with record revenue, record Adjusted OIBDA results, and record subscriber levels.”

WWE is unable to provide a reconciliation of third quarter guidance to GAAP measures as, at this time, WWE cannot accurately determine all of the adjustments that would be required.

For the second quarter of 2017, Operating income included $1.1 million in film impairment charges. For the six months ended June 30, 2017, Operating income included $5.6 million in expenses primarily related to certain legal matters and other contractual obligations, and $3.2 million in film impairment charges. As these items impact the comparability of results on a year-over-year basis, they have been excluded from the Company’s 2017 Adjusted OIBDA. For the comparable periods of 2016, there were no such items that impacted year-over-year comparability.

A reconciliation of 2017 Adjusted OIBDA to Operating income (GAAP) for the three and six month periods ended June 30, 2017 can be found in the supplemental schedules on pages 14-16 of this release.

That was a lot of statistics and information. Despite everything we’ve heard, said or been told about ratings it seems everything is still on the increase, despite WWE expecting a decline later this year in Network subscribers. It seems that the other markets and avenues WWE are exploring has allowed for them to increase their revenue.

What are your thoughts on the second quarterly results for the year? Did you expect this? Let us know in the comments below or over on our Facebook page or Twitter account. Additionally, you can find me on Twitter at @SOSNH1995. We also want to remind you that we have a Newsletter you can sign up to. This will allow us to send you the best news in one place via an email. We also have the Wrestling Rumors app that we encourage you all to download to get updates faster than they release on our various pages. It is available on Android and iOS devices. 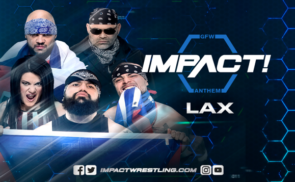 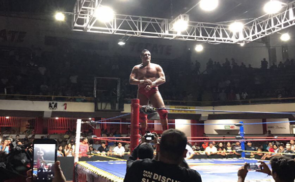