Wrestling is real, regardless of what anybody says. This can be seen with the constant energy the athletes exude and the very real injuries they sustain. GFW Impact Wrestling star James Storm is the latest victim of this curse.

Impact Wrestling have today released a video via their YouTube channel confirming that James Storm suffered a grade 3 concussion at their ‘Slammiversary 15’ pay-per-view.

The video displays several moments from the match to give an indication as to how Storm recieved the stage 3 concussion. Concussions come in three stages, with 1 being the mild, 2 the moderate and the third stage being severe, meaning Storm has suffered a severe concussion.

While the video would have you believe the concussion was due to Storm’s impact against the turnbuckle, we at Wrestling Rumors also speculate the concussion could have also come from when Storm jerked in the ring and collapsed randomly, leading to what we believe to be a rushed finish, where EC3 hit a Butterfly Piledriver for the victory, before medical staff rushed to the ring to help him.

It is unknown if this is storyline or real at this time, though all signs are seemingly pointing to it being a real legitimate injury which could potentially be career threatening for the veteran James Storm.

We at Wrestling Rumors will keep you updated on this situation as more information does become available. If you missed ‘Slammiversary 15,’ we have the full list of results here.

James Storm is one of my favorites with GFW Impact and I pray he is better soon. It certainly looked like a real, legitimate injury during the match as I watched. I was worried for the rest of the night and even before learning about this today, I was speaking about it being a potential issue. I just hope he is ok!

What are your thoughts on the injury? Did you watch ‘Slammiversary 15?’ Let us know in the comments below or over on our Facebook page or Twitter account. Additionally, you can find me on Twitter at @SOSNH1995. We also want to remind you that we have a Newsletter you can sign up to. This will allow us to send you the best news in one place via an email. We also have the Wrestling Rumors app that we encourage you all to download to get updates faster than they release on our various pages. It is available on Android and iOS devices. 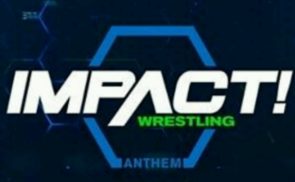 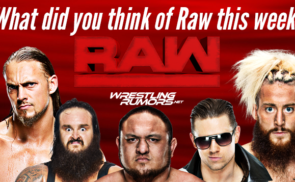