The Rock has come a long way throughout his career, making fans from every demographic along the way. As such, he has now surprised a student with a huge ‘Rampage’ based gift as he can’t attend her prom due to prior commitments.

WWE posted an article to their official website where they shared the massive shoutout, providing some further details on what The Rock himself had to say on his Instagram account.

Katie Kelzenberg of Stillwater Area High School asked The Rock to be her date to her prom. While it appears the former WWE Champion would have accepted the invitation, he will be shooting in Hawaii for a new movie during that time.

As an apology, The Rock has decided he will rent out an entire movie theater so Kelzenberg and 232 of her closest friends and family can enjoy a special private screening of his new ‘Rampage’ movie.

Alongside this, Kelzenberg and those she chooses to attend the theater with her will get all the free popcorn, candy and soda they want. Everything will be paid for by The ROck himself.

The Rock taped a special message for Kelzenberg and her entire school, so it could be played across the intercom system. Below are a few Instagram posts from The Rock, which feature him talking about the surprise and also showing Kelzenberg’s reaction to the news.

SURPRISE KATIE KELZENBERG! About a week ago, I come across a video on my Twitter feed, from a student at Stillwater Area High School (oldest high school in Minnesota) asking me if I would be her date to her prom. Unfortunately, I’ll be shooting during that time in Hawaii, BUT I was so impressed by this young lady’s charm and confidence to even ask me (ladies always get shy in front of me) that I had to do something special. I decided to rent out an entire theater (capacity 232 seats) in her town so Katie and her closest 232 friends and family can enjoy a special screening of RAMPAGE. And all the free popcorn, candy and soda high school kids can consume! You’re money’s no good Katie… everything is on Uncle DJ. ??? ??!! And I also taped a special morning message surprising Katie and her high school that will play across the school’s intercom system… literally…RIGHT NOW, Katie should be turning red hearing me surprise her in front of her entire school. I wish I was there in person Katie, to see your reaction to all this, but I’ll hear about for sure and most importantly – you and all your friends have fun at the theater and ENJOY RAMPAGE! Thanks for being an AWESOME FAN and I’m a lucky dude to have fans like you. Uncle DJ ???? Ps – the gorilla in Rampage is way smarter (and better looking) than I am, but don’t tell him that because he has a HUGE ego ?

I’ll take happy tears ? all day. Here’s my surprise morning greeting to the students of Stillwater Area High School in Minnesota, as I call out the very special young lady who asked me to her prom, the awesome Ms Katie Kelzenberg. I can’t make her prom because I’ll be in production, but as a surprise gift I bought out her local theater this weekend so she can bring 232 of her BFF’s to watch a special screening of RAMPAGE. I’m a lucky lucky man to have such amazing fans like Katie, and moments like this will always be the best and coolest part of my job. Her reaction is everything when she hears me say her name! #KatieKelzenbergCrushingLIFE #StillwaterHighSchool #AndUnlikeMe #KatieDoesntCheatOnHerTests

Part 2. Katie Kelzenberg’s reaction to me buying out her local theater this weekend for her and 232 (theater capacity) of her closest friends to watch RAMPAGE. Don’t know who’s more excited, me or Katie ??? #StillwaterHigh #Minnesota #PricelessReactions

Below we have included one of the WrestleMania matches between The Rock and John Cena in full:

What did you think of what The Rock did? Did you expect him to respond at all? 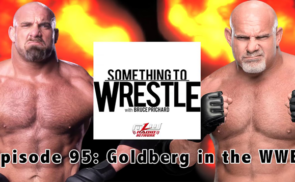 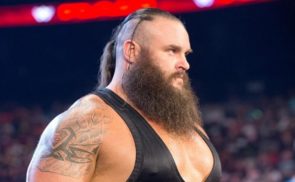