Goldberg on His WWE 2018 Hall of Fame Induction, the One Negative About It

2018 WWE Hall of Fame inductee Goldberg was recently on Heated Conversations: Hosted By Booker T where he discussed the Hall of Fame and the one negative with it.

He also recently spoke at length about his Universal Championship reign and his time with WWE during his latest run. Read about that here.

Goldberg first explains how he never expected to receive the honor of being inducted into the WWE Hall of Fame.

“I’m living the life, quite obviously. I’m honored and privileged to be inducted such as [Booker], man, in the past. I mean, it’s an honor, dude. And I never thought it would happen.”

He continued to elaborate on this.

“Hell no! I mean, let’s be perfectly, honest, man. [Booker] asked it. [Booker] could’ve answered it. Yeah, I think it’s a shock to a lot of people, but I think by Brock [Lesnar] making them bring me back and by them giving me the opportunity, I maybe showed a little bit of something worthy of an accolade of some sort. I don’t know, man!”

Goldberg explains why he prides himself on giving 110% effort.

“I’m honored and privileged. I always feel as though I’m underserved of the honor, but, I mean, I always like to say is that no matter what I did, whether it was correctly guided or misguided, I always gave 110% and that’s what I’ve always prided myself on. And I may not have gotten the best direction at times and I may have clammed up and tried to protect myself, for my character, because of all the outside stuff surrounding things at times, but I always had everybody’s best interest at heart and the business at heart. I felt as though if i did well as a character, then we’d all do well. I mean, it’s a team effort, and I couldn’t have done it with everyone’s help along the way.”

He jokes in reference to what his Hall of Fame speech will be.

“Hell, I don’t know [how to feel about the induction], man. It’s just going to be a longer promo for me! I mean, it’s going to be awesome.”

The former WWE Universal Champion explains the one downside to being inducted.

“The only negative to it is that it kind of makes you feel mortal. That’s all. Like there’s an end to something and I don’t ever like there to be an end to anything. And as long as I’ve got two feet and I’m walking around, and I can kick and punch with my hands, there’s always a possibility of me headbutting somebody and sleeping.”

He continues by explaining how appreciative he is of those who have helped him in his career.

“I’m so appreciative of so many people that got me there. The fact is, it ain’t me. We’re not celebrating me. We’re celebrating a journey I took and I couldn’t have done it without guys like [Booker], so it’s a celebration of everybody, man. And the journey that I got was not something that I could have done alone. I needed so many people’s help with every step of it. I feel so appreciative of everybody, man.”

Finally, Goldberg explains whether he has somebody chosen to induct him yet.

“Oh yeah, that [has] already been solidified. Yeah.”

With H/T to William Windsor of WrestlingInc.

You can find ten of Goldberg’s best moments in a top ten video by WWE below. 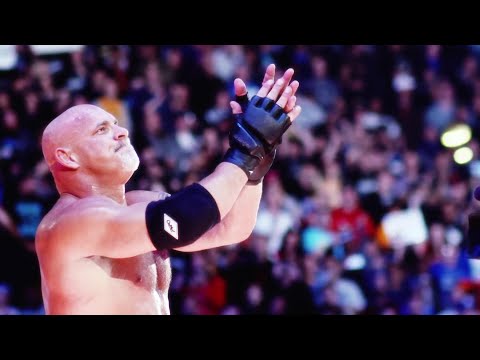 Goldberg joins the WWE Hall of Fame Class of 2018

Are you glad Goldberg is being inducted? Who else should make it to the Hall of Fame this year?

Let us know in the comments below or over on our Facebook page or Twitter account. Additionally, you can find me on Twitter at @SOSNH1995. We also want to remind you that we have a Newsletter you can sign up to. This will allow us to send you the best news in one place via an email. We also have the Wrestling Rumors app that we encourage you all to download to get updates faster than they release on our various pages. It is available on Android and iOS devices. UPDATE COMING SOON! 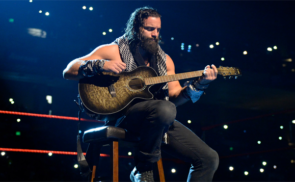 Elias on Working With John Cena and Chris Jericho, the Main Roster 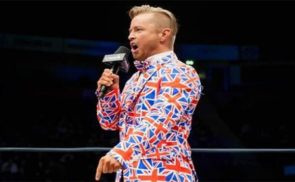