Hulk Hogan and Brutus Beefcake who were previously best friends and tag team partners are now embroiled in a Twitter feud.

Hogan initially tweeted about shaving himself bald like ‘Stone Cold’ Steve Austin. A fan replied and said Beefcake could do the job, as he formerly had the nickname of “The Barber.” Beefcake responded to the fan criticizing Hogan and claiming he is too busy spending time with his ex-wife.

It’s about time to give myself a Stone Cold haircut brother. HH

Brother I'd love to give the Hulkster a shave but he won't come near me he's to busy with my Xwife! #BTFBB

Things would pick up as Beefcake stated he is writing a tell-all book, suggesting that he has a lot to say about Hogan. This would lead Hogan into saying he will sue if necessary.

Working on my book which is fastly becoming a tell all! Hold onto your bandana Brother it's about to get real! #BTFBB #KARMA

Got the bandanna glued on tight,get a good lawyer,brother. HH

Beefcake replied to a fan joking on Twitter that his ex-wife is already threatening legal action against him, using the excuse that she is irrelevant.

Have to get in line with my ex-wife she's already threatening even though she's irrelevant! #BTFBB

He followed this up with yet another dig at Hogan, using his real name in the tweet:

Here's a rare pic of Terry carrying his own bag!!! #BTFBB pic.twitter.com/pxqv98L0ZN

Beefcake would respond to Hogan’s tweet he’d sent out a few hours prior, saying he is paranoid:

@HULKHOGAN Get a good LAWYER?? WTF! bandana Glued on ?? Brother loosen your hair extensions their making you paranoid! #BTFBB pic.twitter.com/CgnKXZkwuh

Hogan responded by saying Beefcake has always been a follower and has no idea what he is doing:

He would follow that up by saying he is done with the conversation with Beefcake:

Officially I’m done,I will not drop below the negative snake line again,I blame it on Tito’s and diet Ike brother. HH

Beefcake would respond slyly with a picture of a lawyer:

From here, Beefcake continued to set fire to the ongoing feud, showing a reported email exchange between himself and his ex-wife:

He continued the assault:

Maybe someone's guilty because they stabbed me in the back! Not the other way around! Chew on that! I'm out!

This led to Hogan breaking his silence on the matter:

Ok I’m back above the snake line,not like myself,I guess I just was remembering the way it was,thank God for higher ground,praying4them. HH

Beefcake yet again responded, hounding down his points:

while hanging out with my ex-wife trashing the person who always had your back!? Keep praying to that false God of yours! Jesus is my Savior pic.twitter.com/bITupUMQTS

Beefcake posted a Twitter DM with his ex-wife, claiming Hogan wanted to end their friendship to spend time with Beefcake’s ex-wife and daughter, who he was the godfather to:

Parental alienation for 7 years and that's the TRUTH! Hogan never have time for my X or my daughter until he ended our friendship! #BTFBB pic.twitter.com/JRRpEE6fTb

He continued by saying their friendship has been over since his ex-wife rejected Hogan:

It's been over since my wife rejected him!

He would send the same Twitter DM out again, now referencing how is daughter is supposedly upset over the tweet, but not that she hasn’t seen her father:

my daughter is "upset" over a tweet but not upset she hasn't seen her father? #ParentalAlienationIsChildAbuse alienation pic.twitter.com/RKvG6rwW5j

He posts another screenshot, this time showing his daughter Alana Leslie retweeting the Hogan tweets previously shown above. He says Hogan has brainwashed Leslie:

Icing on the cake My daughter retweets @hulkhogan insulting me because my X has her brainwashed! #ParentalAlienationIsChildAbuse pic.twitter.com/oD1HJCFM9K

He continues by saying that if Hogan was his friend, he would’ve stayed away from Beefcake’s family, using the excuse that Hogan never had time for them before and this is solely now an excuse to hurt him:

if @hulkhogan we're a friend he'd stay AWAY from my daughter & x wife! never had time 4 them B4 Mr. POSITIVE this is all to hurt me! #KARMA

Beefcake confirms he pays child support, but he doesn’t have the ability to see Leslie because her mother has brainwashed her:

You need to get your facts STRAIGHT I pay child support or I'd be in jail! I don't see @alanaleslie because her mother has her brainwashed

Beefcake responds to a fan, saying that Hogan doesn’t like his current wife as she turned him down:

That's why he doesn't like my current wife!! She set him straight!

He tweets out a photo of Hogan and Beefcake’s ex-wifeand furthers the point he previously made that despite acting positive, he is evil:

He mentioned an account that is creating a documentary on family problems, explaining that he has been alienated from his daughter for over 5 years:

My daughter is completely brainwashed by my x wife and believes my new wife is to blame for the breakup! My marriage was over years b4

Wrestling Rumors will keep you up to date with this story and we do hope that Beefcake and Hogan can solve their differences and get to the bottom of this problem, as there are a lot of unknowns in this whole dilemma.

If you never got the chance to witness Hogan and Beefcake as a team, the following video is commonly shared among fans of the team which shows them working together, something that doesn’t seem to be happening today. 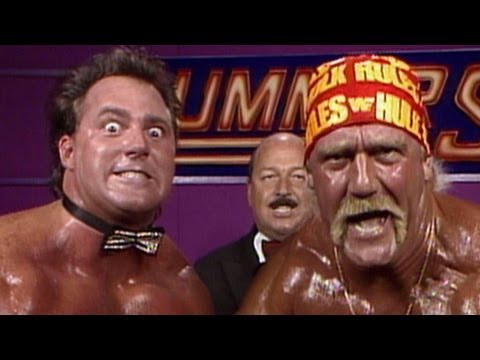 What are your opinions on this feud? Where do you stand? Let us know in the comments below or over on our Facebook page or Twitter account. Additionally, you can find me on Twitter at @SOSNH1995. We also want to remind you that we have a Newsletter you can sign up to. This will allow us to send you the best news in one place via an email. We also have the Wrestling Rumors app that we encourage you all to download to get updates faster than they release on our various pages. It is available on Android and iOS devices. 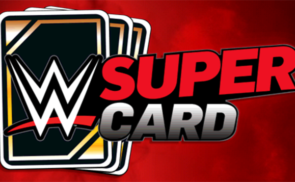 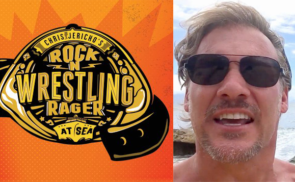