BY Shane O'Sullivan – ON September 5, 2017 IN News, Uncategorized, WWE

PWInsider has provided an update on why Baron Corbin has had so much heat backstage as of late, involving why he has been booked the way he has.

Many have speculated that the reason for Corbin’s heat and booking was due to him insulting someone in the American military on Twitter. However, this is false. The company considered this as Corbin playing the role of a heel. If anything, the company appears to want their talent more interactive on their social media.

PWInsider have been told that Corbin was in hot water with management for another reason. In the first week of August, Dr. Joseph Maroon who leads the company’s Wllness Policy was brought in to discuss the importance of concussion-related injuries to the talents and why they should be reported to management ASAP.

During the meeting, as PWInsider explains, Maroon brought up a recent study referencing deceased NFL players who had been diagnosed with CTE post-mortem. This was reportedly told in such a way that it “downplayed” the study as being concrete proof that anyone playing football would develop CTE.

This would cause Corbin, who is a former NFL player to cut Maroon off and expressed an opinion that challenged what Maroon had said. PWInsider were told that Corbin argued that there would be some form of head trauma with every play as football helmets are always cracking against one another. During this exchange, Corbin was said to have mentioned a concussion-related lawsuit against the NFL  and knows that Maroon was against CTE. Maroon would explain that his depiction in a film about that as incorrect.

This is likely a reference to a film called ‘Concussion,’ which features Will Smith. Smith played Dr. Bennet Omalu, who is credited with discovering CTE and then does battle with the NFL, which attempts to discount the discovery. In the film, Maroon is depicted as someone who is a pro-NFL doctor who attempts to deny any relationship between football concussions and the existence of CTE in former NFL players. It should be noted that Maroon said back in March 2015 that a link between CTE and NFL players was “exaggerated,” but it is unknown whether Maroon still feels this way now.

Maroon did not agree with Corbin that CTE was a problem, but explaining that the study did not mean 99% of NFL players actually had CTE and that everyone has to put proper things into a proper perspective. The argument between the two would go back and forth for a while.

It was described to PWInsider as an “awkward” scene, with “time standing still.” It was also said to be an “awkward moment that led to awkward laughter” by three different sources at the meeting. Another source noted that Corbin wasn’t being aggressive in any form, but it was “the wrong time and the wrong place” for that discussion. The feeling was that Corbin could have pulled Maroon aside privately and discuss his thoughts.

This was seen by the assembled locker room as something that hurt the flow of the meeting and took the attention away from the matter at hands, which was the health of the talent by focusing on past comments made by Maroon on the NFL. This forced Maroon into a position of defense as opposed to educating. There were wrestlers impressed that Corbin spoke out as not many would have the courage to do so, especially in front of management.

If you are interested in looking back on how people started to realize Corbin was in hot water, we highly recommend watching the following highlight from Jinder Mahal vs. John Cena where Corbin cashed in unsuccessfully. 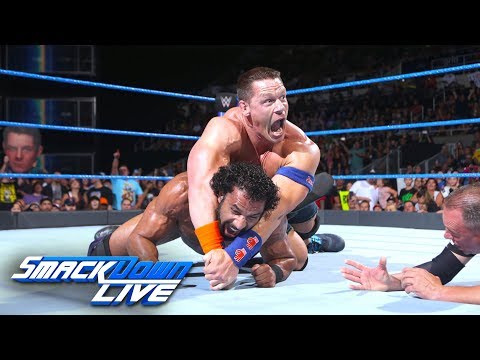 What are your thoughts on this situation? Was Corbin in the wrong to speak out? Let us know in the comments below or over on our Facebook page or Twitter account. Additionally, you can find me on Twitter at @SOSNH1995. We also want to remind you that we have a Newsletter you can sign up to. This will allow us to send you the best news in one place via an email. We also have the Wrestling Rumors app that we encourage you all to download to get updates faster than they release on our various pages. It is available on Android and iOS devices. 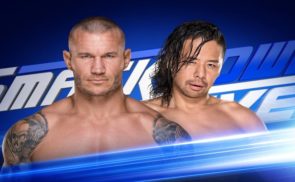 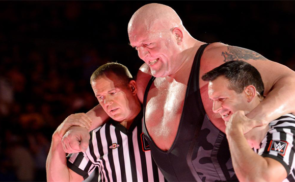 Rumor: The Big Show Expected to Have Surgery