Metal Injection spoke with WWE’s CFO$ to talk about how they create their music and what it is like working with WWE.

Mike Lauri and John Alicastro are known by the wrestling world as CFO$. If you’re a fan of wrestling there is most definitely a chance you’ve heard of them. Some of the biggest entrance themes of the past couple of years were created by them, including Shinsuke Nakamura, Bobby Roode, AJ Styles and Finn Balor to name a few.

Question: How did you guys land the gig with WWE?

ML: Well, we’ve been writing and producing music together since we were pretty young.  After we graduated college, John started working as an engineer for Wind-Up Records and was working with all the bands on that label.  After-hours, we had the studio to ourselves, so I would usually show up at night and we’d start doing our own thing.

JA: We were basically working on music all night every night and compiling our catalogue. Eventually we got our songs heard by the higher-ups at the label and we signed to their publishing company.  Soon after, they introduced us to Neil Lawi and the team at WWE… the rest is history.

Question: How many entrance themes are you typically working on at once?

JA: Typically there are at least a few projects going on at one time.  There’s also always a chance that something will pop up at the last minute for live TV and we’ll have to drop everything we’re doing to get it done in time, but we’ve come to work really well under that pressure. Sometimes an imminent deadline actually makes it more fun to be honest.

Question: How long does it take to complete a song from concept to execution?

ML: That’s a tough one to pin down.  There are some themes we’ve done that came together so naturally, almost effortlessly, while others were a real fight.  A song can take a day or two, or a month or two to finish.  Most of the time our turnaround is pretty quick since we’re usually working under a deadline, but it definitely depends.

Question: What is the process of writing a wrestling theme?

ML: The first thing we try to do is to identify something unique that we’re going to do musically or lyrically, and then build a theme song around that.  We’re aware that the worst thing that we could do as writers is to make things sound generic, because then nobody will really care about it or want to remember it, including us.

JA: We’ll get inspired by the person we’re writing for and try to set the scene in our heads of what it’s going to be like when they walk out to the ring.  We don’t actually know beforehand exactly how their entrance is going to play out, so we try to keep our eye on that, but also stay focused on just writing good music that can stand on its own.

ML: Once the team at WWE hears where we’re headed with a theme, we usually go through a process of tailoring it more specifically to the actual entrance. Speed it up, slow it down, change the arrangement of parts, etc. Whatever it takes to create a real moment for the fans.

ML: For me, it would have to be the songs I remember from when I was a kid that stuck with me over the years: Undertaker, Ultimate Warrior, Kurt Angle, and Jake the Snake, just to name a few.

JA: STONE COLD! Definitely some of the more iconic ones from my childhood like The Rock, Hulk Hogan, Mick Foley, Big Show, and obviously The King of Kings HHH.

CFO$: As much as we’d like to take all the credit for Finn’s entrance ourselves, we definitely can’t.  We had written the main riff and orchestral sections of the song and brought them to HHH and the music team for a brainstorming session while down at an NXT event in Florida.  Given the uniqueness of Finn’s character, we all knew his theme needed something special to make it fit him properly.  Luckily, HHH had the whole thing mapped out in his head – from the long, moody entrance of the demon –  to the choir erupting during the breaks in the orchestra, giving the crowd that perfect moment to throw their arms up and scream.  It’s no wonder this one went on to become a fan favorite.

CFO$: Bobby’s theme started out on an acoustic guitar with just the chords and melody of what is now the chorus.  Our goal was to create something anthemic that everyone would feel compelled to sing along to in the arena.  Lyrically, we knew it had to be over the top, and so the sonics of the song had to match that as well.  The layers and layers of vocals in the chorus were, probably not surprisingly, inspired by bands like Queen and Muse.  With that being said, we wanted to keep things interesting and get really heavy in the section that followed to give it some contrast.  In the end, it’s one of those songs you can listen to on loop and it doesn’t get tired easily – each section makes the other feel new again each time it comes around.

CFO$: Aleister’s theme might just be the heaviest we’ve written for WWE to date.  In typical fashion, we experimented with a number of approaches to the music itself, initially unsure of what type of “heavy” we were really going for.  What we ended up with was what felt the most brooding and imposing. Even though the guitar parts aren’t the most complex in the world, they just fit the mood perfectly.  Our good friend Brendan Garrone of Incendiary came in and truly delivered on the vocal end of things, giving the song a completely new dimension.

CFO$: We needed a piece of music that would be up to par with the energy and intensity of Seth’s personality…I mean he’s SETH FREAKIN’ ROLLINS! The song speaks for itself.

If you would like to learn more about CFO$, we highly suggest you give the following video a watch. 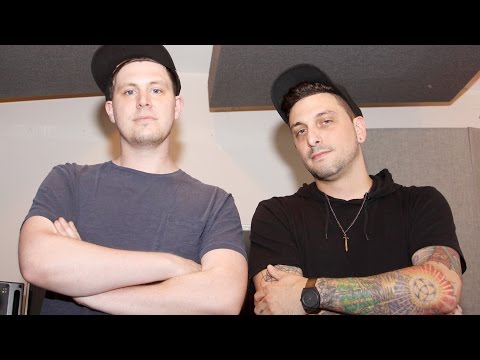 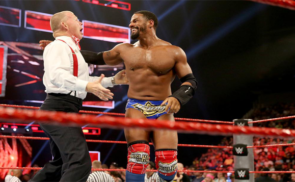 Darren Young Returns From Injury At A House Show 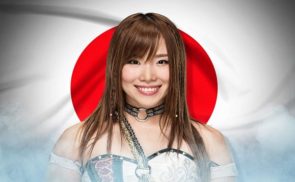