The fast paced shows continue as we have four more episodes being released today before we get ready for next week’s live finale. We’re down to sixteen competitors to go and for the most part, I’m coming into this blind on the spoilers. It’s hard to say where some of these matches are going to go so let’s get to it.

The remaining entrants are on stage.

Video on Abbey Laith, who has wrestled for years and is here now.

Here’s how Abbey got here. 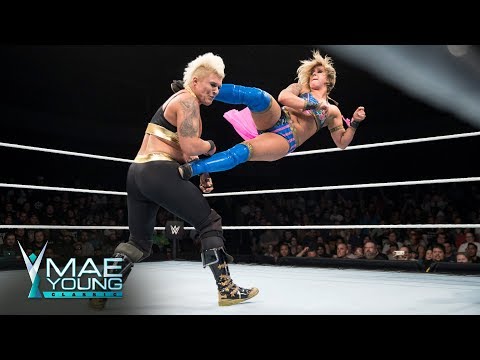 Video on Rachel Evers, who was originally scheduled to lose in the first round but Marti Belle was so horrible that they changed plans mid-match.

The fans sound split here as Rachel shoves her down to start, only to get wristdragged to the floor. Back in and a Stunner puts Abbey down but they hit stereo bicycle kicks for a double knockdown. Abbey sticks with the kicks, including a high one off the side of Evers’ head to send her straight down. She’s up fast enough to catch Abbey on top with a super powerslam of all things for two. Evers tries another kick but gets dropped with a powerbomb, setting up the Alligator Clutch for the pin at 4:51.

Video on Serena Deeb, who is very aggressive and will work hard.

Video on Piper Niven, who wants to be tough but with a big smile.

Niven powers her into the corner to start and falls on Deeb in a slam attempt. A hard belly to back suplex breaks up Serena’s headlock and there’s a splash for two more. With the holds not working, Deeb opts for just punching her in the face for a change. A middle rope Codebreaker (or maybe something like a monkey flip) drops Niven and a neckbreaker gets two.

Deeb is right back up with a modified Diamond Cutter for two more as the fans are split again. A charge misses in the corner though and Niven drops a Vader Bomb….for two. Niven heads up top and misses a splash, only to grab the Michinoku Driver to put Deeb away at 7:12.

Video on Princesa Sugehit, who may be a veteran but needs to win this tournament.

Video on Mercedes Martinez, who has waited a long time for this opportunity.

Sugehit, in Wonder Woman themed gear, takes her down by the arm and tries a quick rollup for two. Another rollup, this time into the corner, gets the same on Martinez but she’s right back with Two Amigos into a draping swinging neckbreaker. Princesa grabs a Codebreaker but has to block a superplex attempt. Instead it’s a tornado DDT for two on Martinez and both of them are spent less than five minutes in. One heck of a Fujiwara armbar has Martinez in more trouble but she pops up and hits a fisherman’s buster for the pin at 5:09.

Video on Bianca Belair, who has dangerous hair.

Kairi gets taken down to start and we hit a headlock as JR continues to brag about how awesome of an athlete Belair is. Back up and Belair blows her a kiss, only to have Sane grab it out of the air and stomp it on the mat. One heck of a forearm drops Belair but she hits the hair whip to take over.

A delayed vertical suplex with some squats gets two and we hit a seated full nelson. Some ground and pound of all things has Kairi down but she gets her knees up to stop a splash. Kairi does those rapid fire chops in the corner to really take over for the first time.

A seated double arm choke has Belair in trouble until she fights up and gets in a double chickenwing slam. One heck of a 450 gets a red hot near fall on Sane and Bianca is stunned. Kairi kicks her down and hits a running corner clothesline, followed by the top rope elbow (which she almost completely misses as her hip makes contact instead) to eliminate Belair at 10:00.

A recap wraps things up. 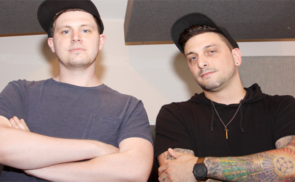 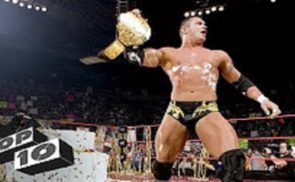