“Mr. Money in the Bank” Seth Rollins has been wowing fans across the world over the past several months as one of the top heels in WWE. He recently discussed what he’s been up to with The Rack, and below are some of the highlights from the conversation.

Rollins discussed getting the opportunity to work with Triple and Stephanie McMahon on a weekly-basis:

“Oh, they’re phenomenal; two of the greatest mind in the history of our industry. You’ve got one, born and bred a McMahon so she knows all there is to know about what we do and she knows all the little tricks of the trade. She sees things from a completely different perspective, so you have that. On the other hand, you have ‘The Cerebral Assassin’, a man who’s been WWE Champion multiple times, who is clearly the heir-apparent to the company itself and already running the ship for the most part. There are really no better mentors; if you’re not learning something every single day, every single time you go out there, then you’re really just making a mistake trying to progress yourself. If people have kept track over the past 6-8 months, they’ll have noticed a lot of improvements in my game, at least I have, and a lot of that is due to having Triple H and Stephanie on my side, nurturing me all the way through.”

He went on to express his thanks for Triple H’s endorsements over the past couple of years:

“Yeah, clearly, the man has an eye for talent, you know? It’s been good; NXT was a good experience for me. We were really the first group of guys who were involved in that project and if you look at what it’s become now, it’s pretty impressive to think about where it started and how it began, very humbly, in a warehouse in Tampa and now, basically, it’s its own brand. To have Triple H’s support, through and through the entire way, has meant more to me than people will ever understand. It’s really helped position me to where I want to be and helped me grow as a person and as a performer.”

The young gun also expressed excitement over his main event match at “Royal Rumble” with John Cena and Brock Lesnar for the WWE World Heavyweight Championship:

“My strategy for this match is to go in full boar, 100 percent, 110 percent, whatever you want to call it and try to win the match. If things don’t work out and I don’t end up winning, the odds are against me for sure, I have back-up plans. I always got a Plan B and that is my Money in the Bank briefcase. It’s an unprecedented situation; I don’t think it the history of the Money in the Bank briefcase contract scenario that you’ve had a challenger with two opportunities essentially to win the title, so it should be a very interesting Royal Rumble. I think the fans are going to be at the edge of their seats the whole time.”

The entire interview can be found here.

Rollins has been ultra impressive over the past month. Excited to see what he brings in Philly. 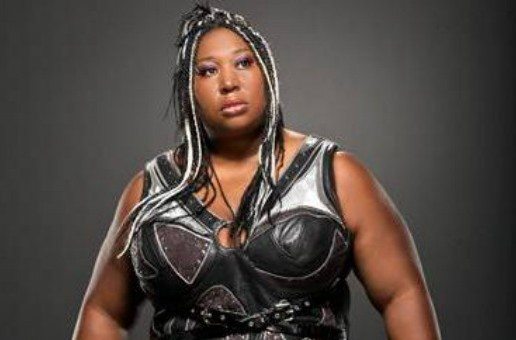 Latest on Awesome Kong and the TNA Knockouts Division