Charlotte vs. Sasha is the Best and Worst of WWE

For those of us who’d been watching the so-called “women’s revolution” before it even had that name, last night’s main event was inevitable. We saw it when Paige and Emma faced off in incredible battles for the NXT Women’s Championship. We saw it when Bayley and Sasha Banks took the wrestling world by storm with their show-stealing brawl in Brooklyn. We saw it when those two became the main event of an NXT special, competing in WWE’s first ever women’s Iron Man match. We saw it when the Horsewomen hit the main roster, laying waste to a stagnant Diva’s division, re-branding it on the greatest stage once and for all as “women’s wrestling.”

Last night’s pay-per-view, which featured Sasha Banks and Charlotte competing in the main event for the Raw Women’s Championship inside Hell in a Cell, should have been a no-brainer culmination of a multi-year story built by a handful of incredible female wrestlers, and the start of a new era for WWE. Yet all anyone can talk about is what went wrong, what could have been better, and how WWE hamstrung what should have been a historic moment.

First thing’s first–these complaints are on corporate WWE rather than on the wrestlers. Charlotte and Sasha had an awesome match last night that is worthy of any accolade it could be considered for. Best match of the night? Maybe, depending on how much you enjoyed the Jericho interference in the Universal Championship bout. Shenanigans involving a particularly stubborn table aside, the women certainly put on a match worthy of a main event.

So what went wrong? Confusing storytelling, inconsistent stakes, and an unwillingness to commit to, well, much of anything.

Why did Sasha and Charlotte have a match inside Hell in a Cell? Well, uh, because that’s the gimmick pay-per-view this month, I guess? It’s special for some reason, despite the fact that multiple other titles are being defended with the same stipulation on the same night. Sure, you could argue that Sasha and Charlotte need to go into the Cell because their rivalry is so heated, because they keep going to war in title matches where neither seems to quite get the edge, and they need a brutally definitive final contest to determine the ultimate victor.

But just like Roman vs Rusev and Owens vs Rollins, that’s not the story. No, like those other matches, this just happened to be one of the big ongoing feuds that was going on when October’s themed pay-per-view went on. Mick Foley made a last-ditch attempt–as he always does–to sell the brutality and carnage of the Cell ahead of the event, but times have changed since his contest with the Undertaker, and the violent mystique of the match has long since faded away. And since Foley’s warning came only to Sasha and Charlotte, it gave the feeling of little more than a “no girls allowed” sign on the boys’ rusty old playground.

So perhaps the historic moment is the women being the main event of a main roster WWE pay-per-view? You wouldn’t know it by any of the show’s promotion. Foley made a remark that implied the two would be the show’s closing contest, but was soon forced to walk back on that statement. Hell in a Cell was eventually promoted as having a triple main event, which undercuts the importance of every match involved. I could understand a double main event, with the Women’s Championship sharing equal billing with the men’s top prize in the Universal Championship, but including a third bout for a midcard title–whatever you feel about the wrestlers involved–cheapens the prestige of what each match represents.

At least the match itself was good, with Sasha and Charlotte going to war in the champ’s hometown, the heel challenger offering a brutal beat down that kept the reigning champion secure in underdog status. Charlotte won the Women’s Championship, and in theory, that’s not a problem. She’s a tremendous wrestler, she was part of an incredible title match, and I have every confidence she can continue to carry the division.

But the title keeps being traded back and forth between the two with seemingly little rhyme or reason. Charlotte wins whenever it’s on pay-per-view, while Sasha wins every time it’s on TV. If there were some consistency to these wins and losses, it would all feel like part of a naturally building storyline, but as it stands it feels like management has no confidence in either woman to carry a division that’s worthy of the main event.

Perhaps this will all ultimately prove to be unnecessary hand-wringing. WWE’s best storytellers outside the ring are in their video editing department, and the video packages that present this as a historic moment for women and wrestling will be altogether convincing. I just wish we were building stories for the present rather than the past. 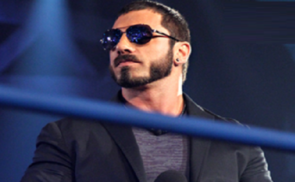