Sometimes friends aren’t that helpful. WWE has posted a new video to its YouTube channel in which they show the full match between Sasha Banks and Asuka for the Raw Women’s Championship from SummerSlam 2020.

The Legit Boss had a leg up from the opening bell, targeting Asuka’s knee that Bayley focused on in their earlier matchup. Banks looked set to cruise to an easy victory after hitting an incredible flipping powerbomb to the outside from the apron, dropping The Empress of Tomorrow with a sickening thud.

But Asuka turned the tables, demonstrating her resolve with a top-rope missile dropkick despite her injured knee.

Suddenly desperate and defensive, Banks pleaded with Bayley at ringside for reassurance. But Bayley was in the wrong place at the wrong time, and she moved out of the way to avoid the same hip attack that Asuka hit Banks within Bayley’s title defense earlier in the evening.

Asuka reversed The Legit Boss’ Bank Statement attempt, pulling her into an Asuka Lock in the middle of the ring, where Banks had no choice but to submit.

I’m still amazed at how much the superstars gave during their time in the ThunderDome era. That was a crazy time for wrestling fans as we were navigating the global pandemic. WWE did the best they could to keep us entertained during that time, and their level of professionalism was tremendous. This was a great match, and both superstars deserve many props! 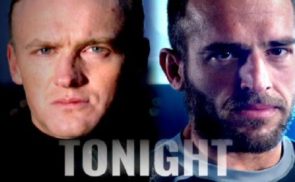