Triple H: “Mickie James Was Not The Consolation Prize”

Next Saturday, at “NXT Takeover: Toronto,” NXT Women’s Champion Asuka will be defending her title against Mickie James. James has not been seen in a ring under the WWE banner since 2010.

It had been previously reported that WWE wanted to have Asuka face Trish Stratus in her hometown of Toronto, Canada. However, the master of “Stratusfaction” ended up becoming pregnant and, therefore, could not compete.

Triple H addressed these rumors on a media conference call that he held earlier today, promoting the upcoming “Takeover” special. He had the following to say regarding James, and the reason for her return to the company:

“I’ve seen the rumors out there about other people being attempted to be grabbed for [Mickie’s spot]. I felt like [Mickie] and Asuka would tear it up,” Triple H added.

“I want to re-inforce that Mickie was not the consolation prize for us in anyway. She is the person that we went at.“

He added that he wanted more time for the other women in NXT to grow as performers, so he went with James for this match, noting that she was very skilled and could handle it.

I think the match between Asuka and Mickie James will be incredible. I’ve been fan of James’ work for many years, and believe she could be a wonderful asset to the up and coming members of the NXT women’s division. 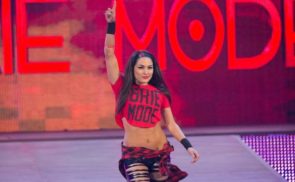 When Could Brie Bella Return to WWE? 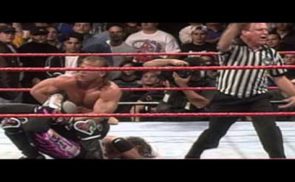