WWE Champion Jinder Mahal was recently interviewed by Sportskeeda to promote his match against Randy Orton this Sunday at “Money In The Bank.”

Below are a few questions, along with Mahal’s answers:

Q: So you’ve shown interest in facing both Brock Lesnar and John Cena with an added desire of wanting to defeat the greats of the business. So if there was one WWE legend you’d love to have a programme with, who would it be and why?

A: I think The Rock would be my perfect pick just because he’s such a huge Superstar and growing up he was one of my favourites, you know he was my idol. Just everything – from the way he spoke to his fashion sense to his style in the ring – you know he was a very fierce competitor.

He was very strong and was always in tremendous shape and great on the microphone, very entertaining. So that would be my dream opponent of all time, to work a programme with the Rock.

You know I think it’s still possible and can happen one day. He likes to come back to the WWE every once in a while. I think it’s a real chance that the opportunity can come to fruition. 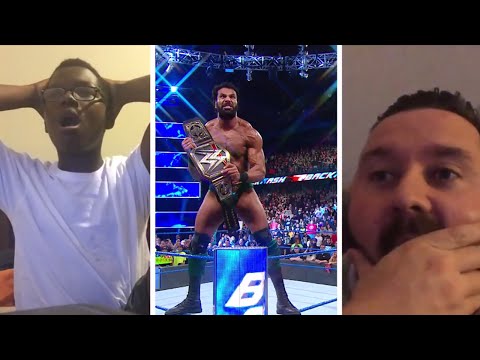 Q: What are your thoughts on the women’s division and the upcoming Women’s Money in the Bank match? Who do you think will create history to become the first women’s MITB briefcase holder?

A: I think it’s a great opportunity for the women. You know WWE is very progressive and the women’s division is moving forward. They have a match just like the WWE male Superstars are having and it’s tremendous.

It shows equality, which I know WWE is very proud about. It’s a chance to showcase the Women’s division because I do believe they are tremendous, tremendous athletes. They hold their own against any of the matches that the men are having.

As far as winning, I’m going to say, Carmella. We haven’t seen a lot of her, she’s unpredictable and is kind of the dark horse. I would like to see her win.

Q: Finally a message for your fans in India and all around the world as Money in the Bank approaches.

A: Yeah my message is please tune into MITB because I’m going to defeat Randy Orton, remain WWE Champion for a long long time, take on all challengers and go down as one of the all-time greats. I would like to thank everybody for the support, the WWE for playing a big part and I’m very thankful to the WWE Universe because they allowed me to live my dream.

I look forward to visiting not only India but all the other countries around the world. That’s one of the great things that we the WWE stars look forward to such as the international tours and to feel the passion in all these countries. So I just want to say thank you. 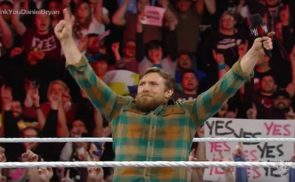 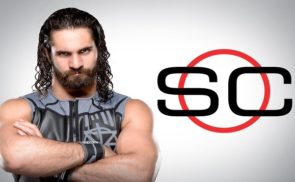