According to a report from PWInsider, Jeff Jarrett has filed a lawsuit for copyright infringement against Anthem Sports & Entertainment Corp. and its subsidiary Anthem Wrestling Exhibitions, LLC  on August 10, 2018 in the United States District Court of Tennessee. Anthem Wrestling is the company that is responsible for Impact Wrestling.

Some of the accusations in the 26-page court document are as follows:

*Violated state and federal trademark infringements in relation to GFE.

*Violated Jeff Jarrett’s exclusive property rights to his own name, photograph, and other likeness.

*That Anthem has used “a reproduction, counterfeit, copy, or colorable imitation of the GLOBAL FORCE WRESTLING and GFW trademarks” in commerce, therefore they are in violation of the Lanham Act, which prohibits trademark infringement, trademark dilution, and false advertising.

*The lawsuit also claims violation of the Lanham Act through alleged “acts of unfair competition” that were done “with the intent to deceive the public into believing that goods and services offered or sold by Defendants are made by, approved by, sponsored by, or affiliated with GFE.”

*That Anthem has “caused products and/or services to enter interstate commerce designated with variations” of the Global Force Wrestling and GFW trademarks.  The filing claimed, “Defendants’ use of said designation and other representations constitute a false designation of origin which is likely to cause confusion, to cause mistake, and to deceive as to the affiliation, connection, or association of Defendants with GFE and as to the origin, sponsorship, or approval of such goods and services by GFE.”  This allegation would be an alleged violation of the Lanham Act.

*That Anthem was involved in “Unfair Competition in Violation of Tennessee Common Law”, alleging, “GFE and Defendants compete for a common pool of customers. As alleged herein, Defendants have engaged in unfair, deceptive, or fraudulent conduct, which is likely to cause, if it has not already, customer confusion in violation of Tennessee common law.”

This is not the first time in recent history that Impact has been taken to court; lawsuits filed by Billy Corgan and Matt Hardy were the subject of much controversy in 2016 & 2017.

The lawsuit also claims that:

Anthem has unjustly enriched themselves through their actions and violated the Tennessee Consumer Protection Act, claiming, “Defendants have violated and, upon information and belief, continue to violate GFE’s exclusive rights in the GFW Amped content and the 16 associated copyrights, including, but not limited to, the right to reproduce, right to prepare and sell derivative works, and right to vend by copying, publishing, distributing, and publicly displaying in the marketplace in this District, and in all  marketplaces reached by the Internet, videos that were copied or otherwise derived from the GFW Amped content.”

This week’s edition of the Wrestling Observer Newsletter stated that as a result of this lawsuit, Impact has stopped selling Global Force Wrestling DVDs on their website.

I have a feeling that somehow both Anthem and Impact will come away from this unharmed, and that the company will continue to be in business somehow. Because that’s just what they do. 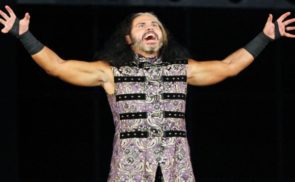 Update On The Future Of Matt Hardy In WWE; Will He Wrestle Again? 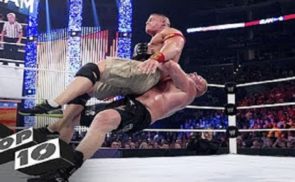