10) Alberto Del Rio’s Stomp Finisher – In a match bereft of surprise, the one thing fans can count on is that vicious top-rope chest stop from Mexico’s Greatest Export, the United States Champion, Alberto Del Rio. In this instance, Jack Swagger endured the devastating drop from Del Rio and later fell victim to the League of Nations.

9) A Visit from Old St. Mick – At this time of year, WWE fans will always look forward to seeing two people: Santa Claus and Mick Foley. They love to see Santa Clause because he usually gets battered. And Mick Foley…well we love to see Mick Foley at all times of the year. Two see the two merge was like seeing the incarnation of Foley’s fifth. There’s Dude Love, Cactus Jack, Mankind, Mick Foley and Old St. Mick. Besides who else could get a cheap pop without even being in the building. My only disagreement: giving Xavier Woods the trombone was an awesome idea.

8) Santio Marella Returns and Runs off with R-Truth’s Slammy -During a night that heavily relied on comedy, who better than Santio Marella to present an award? Calling it the LOL award the Laugh out Loudest, the honor went to R-Truth for when Truth interrupted a segment for a match he mistakenly thought he was involved in. Pulling out the “look over their trick,” Marella ran off with the trophy and Truth ensued. We learned later that R-Truth retrieved the trophy, but the how was left to out imaginations.

7) New Day Almost Spoils Star Wars – New Day always provides comedic highlights and will likely always make these lists on that virtue alone. Despite winning the WWE Tag Team Championship, the camera opened up on a sad looking new day. They expressed their disappointment that the fans voted the Usos over them as tag team of the year. With fingers pointed, Kofi Kingston told the crowd “shame,” Xavier Woods stared into the camera and told the viewers “shame,” and Big E rambled something or other. In order to hurt the crowd, New Day said they would spoil the new Star Wars movie, until Kofi finally admitted he hadn’t seen it.

6) Dolph Ziggler vs. Kevin Owens – “Owens is a prize fighter. Losing the title takes money out of his pocket,” said JBL during the match between Dolph Ziggler and Kevin owens after their spat during the Slammys. Probably the best match of the night, JBL added weight to the match with his analysis. That combination makes matches matter. Furthermore, with a few insightful words juxtaposed against the solid performance, he reminded fans that all titles matter. Ziggler and Owens proved how wrestlers must tell two different stories: 1) The prelude 2) The narrative of the match itself.

4) Seth Rollins Returns to Accept Superstar of the Year Slammy – When Stephanie McMahon announced the Superstar of the Year, I half expected the award to go towards Roman Reigns to further his storyline with The Authority. Instead, the award went to Seth Rollins who actually showed up to accept his award unlike most other Superstars. There was an immediate pop for Rollins as he came out on crutches, followed by the sound of a crowd fake booing and wanting to pop. Rollins promised he would come back in 2016 to reclaim the Heavyweight Championship he never lost; Something in the crowd said they couldn’t wait.

3) The Roman Empire Defeats The League of Nations – After the WWE Champion Roman Reigns pissed off Stephanie McMahon, the princess stacked the deck against Regins’ famile. The Uso’s defeated New Day in a two-on-three handicapped match. Dean Ambrose managed to defeat former champion, Sheamus, with some help from his Brother in Battle. During a match, that Ambrose seemed to carry, Regins would fly into the camera view, like a literal Superman, with a spear to Del Rio and Superman punches to the rest of the League of Nations who gathered around ringside (except for Barrett who ran away). Ambrose would climb out of the cage after battering Sheamus with a chair that Roman Regins threw to The Lunatic Fringe.

2) Kevin Owens Pulls a Kanye – When Dolph Ziggler came out to present the Slammy “Breakout Superstar of the Year Award,” I totally expected Kevin Owens to come out, except to claim his prize. Instead, the “Slammy” went to Neville and Owens pulled a Kanye—stealing the microphone and proclaiming himself the “Breakout Superstar of the Year.” Neville was a little less miffed than Taylor Swift, but Owens was way less apologetic than Mr. West.

1) Roman Regins Refuses – This was an important moment for the new WWE Champion, and Roman Reigns solidified his status with the fans in six words: “They don’t want me to leave.” It was true. The roars out-weighed the boo-birds and the tide seemed to shift in favor of the former Shield member. 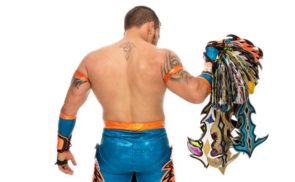 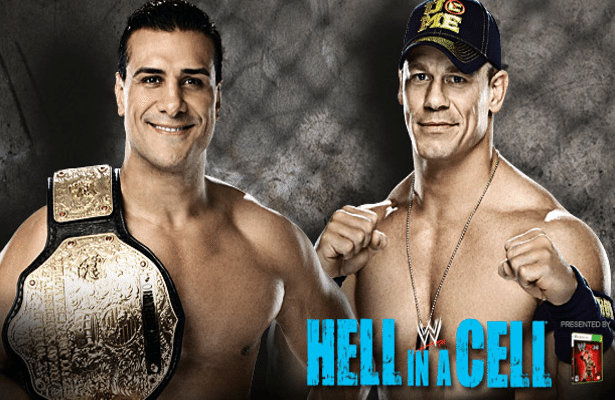