That might be a different take. There are all kinds of stories in the wrestling world and some of them can be quite fascinating. You never know what you might hear about in wrestling and over the last few years, several more of those stories have received attention. This has come in the form of several documentaries, and now we are going to be in for another set with a different perspective.

According to SEScoops, WWE will be teaming up with Evan Husney and Jason Eisener, the creators of Dark Side of the Ring, for a new wrestling TV series. The VICE TV series is described as “Campfire Talks” about previous generations of wrestling. WWE legends will be included in the series, including Steve Austin, and the creators will have access to the WWE archives. There is no word on when the new series will air. It is not clear what this means for the future of Dark Side Of The Ring.

Opinion: This could have potential but at the end of the day, I don’t buy the idea of anything with WWE involved. Odds are there are going to be several things that WWE will not let be seen and that is going to water things down quite a bit. Dark Side Of The Ring was a blast, but there is a good chance that we are going to be getting the WWE version of history every time.

What do you think of the idea? What would you like to see on the show? Let us know in the comments below. 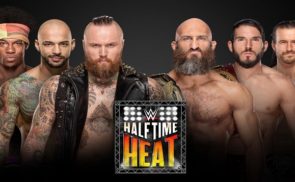