WWE Goes Back In Time For New Storyline

That’s a different way to go. There are all kinds of stories to be told in wrestling and many of them are presented in interesting ways. Some of them are very easy to spot coming but there are some which have quite a bit more time dedicated to the setup. That can make for some fascinating stories and it seems that we might be in for another one of them on Monday Night Raw.

One of the biggest stories of 2019 was Kofimania, as Kofi Kingston finally received a shot at the WWE Title and won the championship at WrestleMania 35. It was a great story after all of the years Kingston spent in the same roles. However, it was not even the original plan for the match, as Kingston had been a replacement for an injured wrestler. Now that wrestler wants some revenge.

Or maybe he wants retribution. Check out Kingston’s newest issue:

During this week’s Monday Night Raw, a video aired showing Mustafa Ali talking about how he hoped that Kingston’s broken jaw kept him out of the Royal Rumble, Elimination Chamber and WrestleMania. Ali said that he wanted Kingston to know what it felt like to sit on the sidelines like he did two years ago. Kingston replaced Ali in the Elimination Chamber in 2019 when Ali was injured, launching himself into the main event scene as a result. There is no word on a match between the two, but Ali’s Retribution has attacked Kingston’s partner Xavier Woods two weeks in a row.

Opinion: This is the kind of story that you do not get to see very often but it is cool to have WWE tie up something like this almost two years later. Ali was supposed to be in the biggest match of his life but Kingston took the spot instead. I would think that deserves some follow up, and it is nice to see WWE wait until it was something Ali would do rather than trying to force it in earlier. The match should be great too, whenever we get that far. 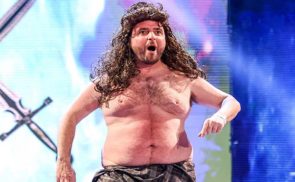 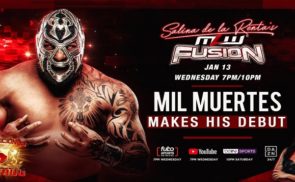