Please don’t be bad. Injuries are one of the worst things that you can see happen in wrestling. Not only can they stop a storyline or a match from continuing as planned, but much more importantly they can put someone in a bad spot in the short and long term. Unfortunately that might be the case again as a WWE star might have been injured over the weekend.

According to a variety of posts on Twitter, Carmella may have been injured during a WWE live event over the weekend. Carmella was facing Asuka and Raw Women’s Champion Bianca Belair in a title match and seems to have been injured when she ran into the corner. Carmella’s husband Corey Graves tweeted about the incident before deleting the tweet. WWE has not acknowledged it in any way.

I'm hearing Carmella got injured at a live event. I hope it isn’t too serious ?

Opinion: That is never good to hear and hopefully everything is ok for Carmella. There is always the chance that this is something simple and no an issue that will keep her out of action for any significant length of time. Carmella has had more than her share of health issues over the years and hopefully she doesn’t have another one on her hands. It sounds rough, but it is rather early to tell so far.

What do you think of Carmella? What should she do next in WWE? Let us know in the comments below. 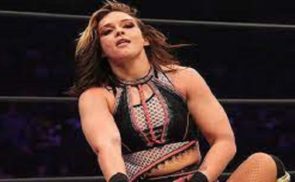 Another AEW Star Injured During Battle Of The Belts, Pulled From Independent Shows 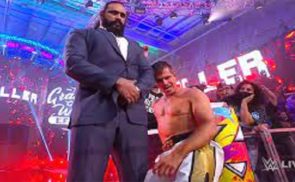