That would be different. WWE runs regular monthly premium live events as the focal point of their in-ring action. This includes several shows that the company has run for years if not decades, many of which are among the best known shows in wrestling. The company presents several shows that involve some kind of a special theme, but that might be changing going forward.

According to Bryan Alvarez’s Super Fans Twitter account, by way of Wrestlingnews.co, WWE is planning to make a change to its premium live events starting in 2023. This would include more international events and fewer gimmick based events, such as Hell In A Cell or Tables Ladders And Chairs, for example. There is no word on what kind of shows would replace the originals. This comes after news broke that WWE was canceling it’s Day One event.

Opinion: I could see this going well for WWE, if nothing else for the sake of a change. There are only so many times that you can run the same show every time every year, as it becomes more about the calendar determining the story. Mix it up a bit and let us have some surprises, which is always a good thing. Throw in the international shows, which are long overdue, and this is some very nice news.

What do you think of the ideas? Which one interests you more? Let us know in the comments below. 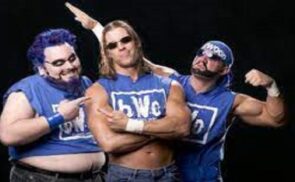