He wants back in. There have been a lot of stars to appear in WWE over the decades and some of them have made quite the impact. Whether or not they were major successes in the company, they have done something to get the fans’ attention. Some of those stars leave over the years, but that does not mean their time in WWE is over. One former star is now hoping for a third run with the promotion.

Former WWE star Chris Masters, 39 years old, has sent out a tweet mentioning the 2023 Royal Rumble and saying that he has been away from WWE for twelve years. The image includes a fan sign saying BRING CHRIS MASTERS BACK. Masters wrestled two stints in WWE over the years, from 2005-2007 and 2009-2011. There is no word on if WWE is interested in bringing Masters back. In between and after his time with WWE, Masters has wrestled in a variety of independent and smaller promotions.

Opinion: This is one of those things where I could see it being fun, though I don’t know if it is going to happen. Masters is someone that fans are going to remember, but that is the case for a lot of fans. It would be a fun cameo to have someone come back, though it is one of those things that might not actually happen. For a one off Royal Rumble surprise return though, sure why not.

What do you think of the idea? Who would you like to see return for a Royal Rumble cameo? Let us know in the comments below. 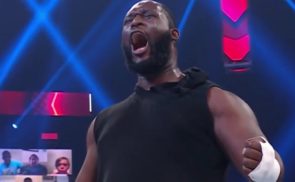 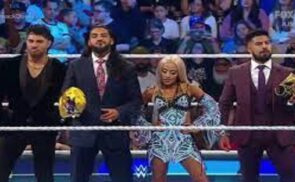