He has a future. WWE has a lot of valuable resources with one of the most important being the NXT developmental territory. NXT allows WWE to home grow and prepare its next generation of stars, which has worked wonders for them over the years. It means a lot to have someone move up and now WWE seems to have a plan for its next major call up at some point in the future.

According to WrestleVotes in an interview with GiveMeSport, WWE is high on NXT’s Grayson Waller and plans to call him up to the main roster. However, he may stay down in NXT for the time being, as WWE is wanting to find a special plan for him, in the vein of Kevin Owens confronting John Cena. There is no word on when Waller, who has been in NXT since September 2021, could be called up.

Opinion: I’m not a bit surprised by this as Waller really does seem to have all of the tools to be ready to move up to the main roster. There are wrestlers who have that it factor and Waller would be one of those. I could go for seeing Waller on the main roster, as he is someone who could go a long way in a hurry. Waller has done well in NXT and now it is time to see what he can do on the bigger stage.

What do you think of Waller? How would he do on the main roster? Let us know in the comments below. 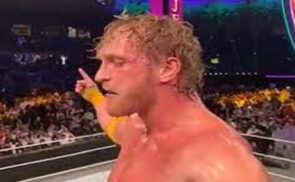