There’s your cameo. There have been all kinds of wrestlers throughout history and some of them are names who do not make the biggest impact. Some of them make a short term impact and become a bit more infamous than famous, but they are not around all that long. Now one of the more memorable stars from WCW made an appearance in a spot you might not have expected him.

IN CASE YOU MISSED IT: It’s About That Time: Wrestling Legend Says He Does Not Have Much Time Left In The Ring

Ernest “The Cat” Miller made a surprise appearance this week on Impact Wrestling, helping new Director Of Authority Santino Marella set up a six person tag match for later in the night. There is no word on if Miller will be appearing again for Impact Wrestling. Miller was a former WCW Commissioner during WCW’s final years before eventually wrestling and commentating for WWE. After a nearly ten year hiatus, Miller returned to the ring in 2015 and still wrestles occasionally.

Miller certainly had some interesting times. Check out his Impact Wrestling appearance and some of his moments in wrestling: 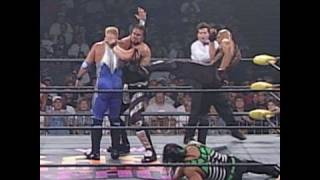 Opinion: This is the kind of cameo that makes for a fun moment as there is a good chance that fans have not thought of Miller in a good while, making such a cameo that much more of a surprise. It might not be the start of a full time run for him with Impact Wrestling, but are least he gave us a fun moment that brought up some nostalgia. That is what Impact Wrestling was shooting for and they seem to have made it work.

What do you think of Miller? How did his cameo go? Let us know in the comments below. 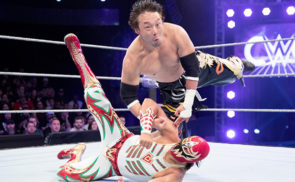 It’s About That Time: Wrestling Legend Says He Does Not Have Much Time Left In The Ring