Wade Barrett May Be Sticking Around WWE

Stick around for a bit. Commentators have one of the most important jobs in all of wrestling. They are around throughout the show and have something to do every second the show is on the air. Not only do they have to say what is going on, but they have to guide the fans through the show and take them where the company wants them to go. WWE may be getting another former wrestler added to the field of names.

Last week on NXT, Wade Barrett returned to the company for the first time in over four years to serve as a fill in commentator on NXT. Barrett is a former five time Intercontinental Champion and was rather successful in his stint with WWE. His first night as a broadcaster went well and Barrett said he would be back next week. It turns out that it might be a longer engagement than that.

According to PWInsider.com, Barrett is currently in negotiations with WWE to become a full time commentator for the company, possibly for NXT UK. This would be only a commentary position and there are no discussions of Barrett returning to the ring. Barrett has already taped this week’s edition of NXT and it is not clear if he will be back the following week. Barrett had been doing commentary for NWA Powerrr before it was put on hiatus due to the Coronavirus pandemic.

I could go for this. Check out what Barrett has done in WWE before:

Opinion: Works for me as Barrett had a very nice career in WWE and did rather well with his first commentary shot on NXT. Fans know who he is and he has enough of a history to make something like this work. It’s also nice to see someone getting a career in wrestling without having to get back in the ring, as there are only so many wrestlers who can find jobs in the business after their in-ring careers are over.

What did you think of Barrett’s time in commentary? Which show should he call? Let us know in the comments below. 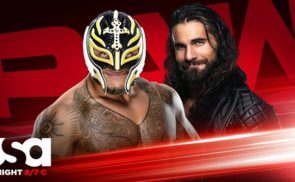 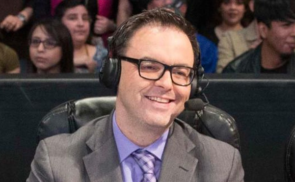