According to Dave Meltzer of the Wrestling Observer Newsletter, NXT announcer Mauro Ranallo is parting ways with WWE. No details are known at this time. This was confirmed by WWE earlier today.

He has some of the most energetic calls in the entire business. Check them out below:

I know that he has had some issues with the company in the past, but it seemed that they were all patched up. This may have nothing to do with his current situation and I hope that this is the case. He is the best commentator in the business and I always get hyped when I hear his voice. He will be fantastic in anything that he decides to do! 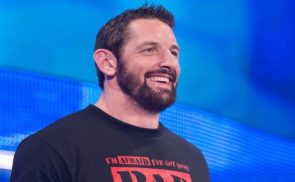 Wade Barrett May Be Sticking Around WWE