Meet the new guy. WWE is a rather large wrestling company with all kinds of stars under its umbrella. As a result, the company is able to offer a wide variety of matches and stars, including wrestlers from around the world. It can be interesting to see wrestlers from different countries trying their luck on different stages. That seems to be the case again as NXT has a new star on its hands.

This week’s edition of NXT featured a vignette for a debuting star named JD McDonagh. The video ended with a shot of McDonagh, who was revealed as former NXT UK star Jordan Devlin, who said his “never bet against an Ace” catchphrase. This comes after Devlin lost a Loser Leaves NXT UK match to United Kingdom Champion Ilja Dragunov earlier this year. There is no word on when he will debut in NXT.

You might know the guy. Check out the McDonagh vignette: 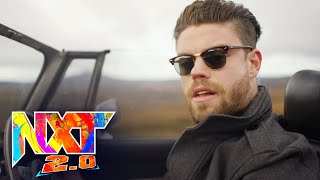 Opinion: This is the kind of thing that baffles me about WWE, as it isn’t like Devlin was some no name star. He has appeared on NXT TV before and there was nothing done to try to hide who he was. The vignette showed his face and had him talking, but we’re just supposed to go with the new name because WWE says so? They have done this time after time and for the life of me I do not get why, but here we are anyway.

What do you think of the idea? How will McDonagh do in NXT? Let us know in the comments below. 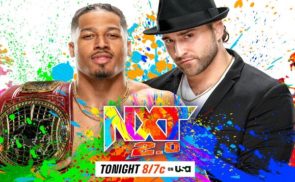