Hand Them Over: Several Title Changes Take Place Over The Weekend

It was a busy night. Titles are the easiest concept in wrestling because anyone gets the idea of someone wearing a shiny belt. You can easily figure out the idea and it is a simple match to set up: someone has a title and someone else wants it. That makes title changes some of the most important parts of a wrestling promotion and there were quite a few of them this weekend.

Impact Wrestling held their Slammiversary pay per view over the weekend, marking the company’s twentieth anniversary. There were five title matches on the show with four titles changing hands. Here are the title changes:

Opinion: This is the slate of results you need to make a show feel important. Title changes are passing of the guard in wrestling and having so many of them makes for a good show. That was the case here as Impact nearly changed all of the titles being defended on the show. You might not care for some of the results, but the changes themselves make the show feel like that much bigger of a deal.

What do you think of the results? Which title change makes the biggest impact? Let us know in the comments below. 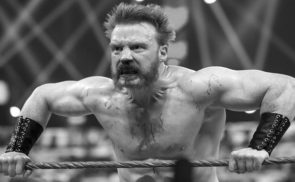