Things are starting to take form around here and it makes for some more interesting shows. You can tell which names are going to put on a good match and which ones are going to be there as either cannon fodder or to get in some reps. That can make the show easier to predict, but not necessarily good, as tends to be the case. Let’s get to it.

Hail has the rest of Chase U with her and Grace now wears a feather boa to the ring. Grace powers her around to start before they fight over a wristlock. Hail’s arm is snapped across the top to cut her off though and it’s time to kick away in the corner. A DDT on the arm gives Grace two and we hit the hammerlock, with Grace slamming Hail into the mat for a bonus. That’s broken up as Hail fights up and hits a running flip neckbreaker, followed by an arm trap cradle for the pin at 5:29.

This is Borne’s debut and they trade flips away from each other for a fast start. Borne takes him down with an armdrag into an armbar to slow things up though, which isn’t surprising as he’s clearly a technical guy due to wearing a singlet. That’s countered into a northern lights suplex and Raaj kicks away, setting up a double arm crank on the mat. Back up and Borne hits some dropkicks into a slam for two as this is rather riveting offense. Raaj fights back and strikes away before a middle rope bulldog finishes Borne at 4:56.

Lopez has Stacks and Two Dimes with her. Nile easily takes her to the mat to start for a headlock. A snap suplex gives Nile two but a gutbuster cuts her down. What looked to be a running spinning chop in the corner is just a run, a stop, and then the spinning chop to Nile, followed by some forearms to the back. The abdominal stretch goes on, with Lopez lifting the leg for a bonus. Lopez takes it to the mat for a bonus but Nile fights up and hits an enziguri. The dragon sleeper finishes for Nile at 5:48. 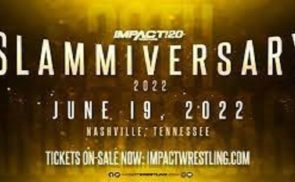 Hand Them Over: Several Title Changes Take Place Over The Weekend