Keep the card growing. Money In The Bank is in less than a month and it is time to start getting ready for the show. Part of the problem with the show is having so many people involved in the namesake matches, leaving the rest of the card with a bit less to pick from. That makes the non-ladder matches a bit more interesting, and now we know one of the bigger ones.

This week on Monday Night Raw, Sonya Deville announced that Charlotte will challenges Rhea Ripley for the Raw Women’s Title at Money In The Bank. This will be a rematch from Hell In A Cell, where Ripley was disqualified for hitting Charlotte in the face with part of the announcers’ table. Charlotte and Ripley had both come to the ring to address the situation, with Deville taking Charlotte’s comments as a challenge.

We could be in for a heck of a fight. Check out how this feud has gotten here: 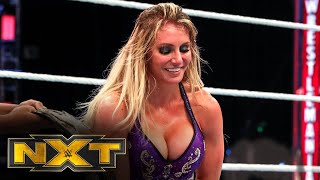 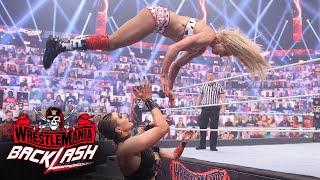 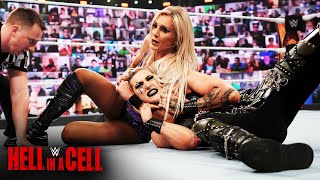 Ripley and Flair push each other to the limits: WWE Hell in a Cell 2021 (WWE Network Exclusive)

Opinion: This is one of the more obvious matches that WWE has presented in a pretty long time and that is not the worst idea. Ripley losing via disqualification at Hell In A Cell was about as simple of a way to keep the feud going as they had available. That may or may not be your cup of tea, but we do have a title match set with a reason behind it and that is more than some matches get.

Do you like the setup? How will the match go? Let us know in the comments below.

WWE Title Match Set For Money In The Bank