That’s why they’re there. NXT is a unique situation in wrestling as it is both its own thing as well as WWE’s developmental territory. That means the wrestlers are there for the sake of being called up to the main roster when their time comes. It makes almost every match and show an audition, and it seems that WWE has their eye on two NXT stars for a potential call up.

According to Wrestling Observer Radio, WWE is interested in calling up both Sanga and Xyon Quinn to the main roster. WWE is said to see Quinn as “the total package”. Sanga originally served as Grayson Waller’s bodyguard but has since split off on his own, acting as something of a sage, as well as defeating Quinn this week on NXT. There is no guarantee that the callups will happen or when they will take place if they do.

Opinion: Quinn does not surprise me whatsoever as he has the exact look that WWE would want to push. Whether he is ready for that spot remains to be seen, but he certainly checks a lot of boxes for WWE. Sanga is a big man with a unique look, though he has barely done anything in NXT and I’m not sure if he is ready to move up to the main roster so soon. Maybe he works out, but both of these seem a bit soon.

What do you think of the idea? How will they do on the main roster? Let us know in the comments below. 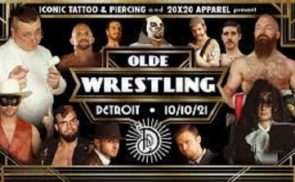 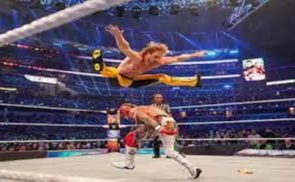