WATCH: AEW Star Injured During Blood & Guts (This Is A Bit Nasty)

It can happen to anyone. Injuries are something that are a possibility in any match you see in wrestling. That is not a good thing but there is no way to guarantee complete safety. Sometimes things happen no matter what you do and it can be made even worse if a match is especially dangerous. That was the case again this week and someone got hurt, though it wasn’t even in an especially dangerous moment.

AEW held its second Blood & Guts match this week on Dynamite, featuring two teams of six wrestlers each. During the match, Santana injured his leg while suplexing Daniel Garcia and twisting his knee or ankle in the process. He was taken out of the match and did not return, including not appearing on the top of the cage as his teammates celebrated their win. There is no word on how long he might be out of action.

This is a bit rough to watch. Check out where the injury occurred:

Opinion: My goodness AEW’s luck continues to be horrible as it’s like they can’t catch a break. At the end of the day, they have so many people getting hurt, but at the same time, this wasn’t even in a dangerous spot. Santana didn’t fall off of a ladder or get hit in the head with something, but rather hurt his leg doing a pretty basic move. It can happen to anyone, and hopefully he is fine enough to be back in the ring sooner rather than later.

What do you think of Santana? Could he be a singles star? Let us know in the comments below. 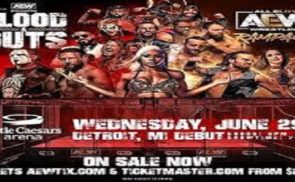 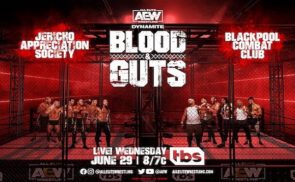 Wrap It Up: What Happened After AEW Dynamite Went Off The Air