There’s the next one. We are less than a month away from AEW Double Or Nothing, which means the card is already starting to come together. AEW only presents a pay per view every quarter and that means they have a lot of time setting up the card in advance. There will be a variety of title matches on the show and as of this week, we have another one of them set.

An AEW Women’s Title match was set for Double Or Nothing this week on AEW Dynamite. Thunder Rosa will be defending against Serena Deeb, who challenged Rosa for the title match. The challenge comes after the two had a brief interaction last month. This will be Deeb’s first ever shot at the title, though she did defeat Rosa to win the NWA Women’s World Title in October 2020 and successfully defended it against Rosa on Dynamite the following month.

Opinion: This is the kind of match that the show needs, as it had been set up in recent weeks and was then made official this week. That isn’t a complicated situation and AEW didn’t bother making it any harder than it really should be. Rosa needs some more wins to establish herself as champion and facing Deeb could bring her just that, though Deeb getting the title wouldn’t be a shock either. 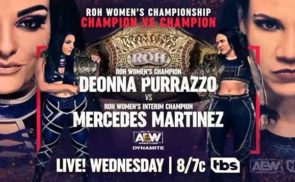 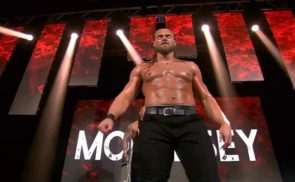