It’s the Championship Edition of the show and that means we are in for a special main event. Bandido is going to be defending the World Title against Alex Zayne, in a title shot Zayne won back at Death Before Dishonor. Other than that, we continue down the path towards what seems to be the end of the company, though they might not have known that when the show was taped. Let’s get to it.

The opening video talks about what it means to be a champion while running down the card.

LSG is challenging and we hear him explain just how important all of this is for him. We get the Big Match Intros and even the referee gets a name graphic. LSG grabs a rollup to start and Woods smiles at him a bit. A headlock slows Woods down and a crucifix gives LSG two. An armbar sends LSG over to the ropes for the first break and we stop for a look at the commentary team.

Woods cranks on a cravate to put LSG down but he powers up into something like an F5 (albeit from a slam position instead of a fireman’s carry). Something like a Muta Lock with the arm trapped sends Woods bailing to the ropes for his first break and it’s time to slug it out on the floor. Woods counters the tornado DDT into an overhead belly to belly and the cravate goes on again back inside.

We take a break and come back with both of them down until LSG is up with a handspring clothesline. The Explosion gives LSG two and frustration is setting in. Rocket Bye Baby gets the same but Woods counters a springboard into another cravate. Woods hits an uppercut and loads him up for a Tombstone, only to flip him backwards into a suplex. The kneebar makes LSG tap at 10:37.

We look at some highlights of last week’s Halloween special. This eats up the better part of ten minutes.

Commentary previews the main event but the Bouncers and Ken Dixon interrupt. They don’t like Caprice Coleman jumping into the Honor Rumble. Coleman stands up for himself and a fight almost breaks out. A match seems to have been made to wrap it up.

Alex Zayne talks about being Bandido before and he knows he can do it again.

Bandido is defending and Jonathan Gresham is on commentary. Zayne flips out of a wristlock to start and grabs some rollups for some early twos. Back up and Bandido gets two off of a Code Red but Zayne hits a gutwrench faceplant. We take a break and come back with Bandido countering a charge into a one handed gorilla press. A standing shooting star press gives Bandido two but Zayne grabs a running super hurricanrana.

That’s countered into a powerbomb faceplant and they’re both down. They chop it out until Zayne takes him up top, where Bandido hits a super Samoan driver for two. Zayne is right back up with a super gutwrench faceplant for two more, only to miss….something off the top. The X Knee into the 21 Plex rolled into a bridging German suplex retains Bandido’s title at 10:15.

Respect is shown post match. Bandido stares Gresham down to end the show. 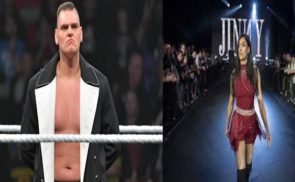 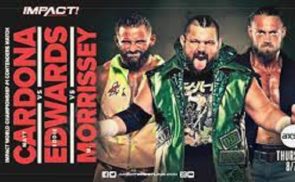