It’s time for a first ever match as we’re getting a mixed tag this week. I’m not sure how much of a deal that is but they have hyped it up well enough. On top of that we are getting a Heritage Cup rules match as Tyler Bate continues to try and get back on track. That could make for an interesting story so let’s get to it.

Heritage Cup rules. Feeling out process to start with Bate’s headlock being countered with a wristlock. The much bigger Mastiff powers him down but Bate nips up into a standoff. Mastiff takes him down with some tests of strength for two each and Bate pops up before Mastiff can sit on his chest. Mastiff flips him down by the wrist to end the first round.

The second round begins with Bate having to dodge the big man and getting in a few shots to the face. Bate ducks underneath him and goes to the middle rope where a sunset flip gives him the first fall at 1:35 of the round. Bate slowly strikes away to start the third round, with Mastiff taking over off a shot to the face. For some reason Bate tries a fireman’s carry….and manages to get him up, only to have Mastiff reverse into a crucifix for the tying pin at 1:27 of the round.

Bate is all freaked out as round four begins and Mastiff sends him flying with a toss. Some slams have Bate in trouble as Mastiff channels his inner Ezekiel Jackson. Mastiff hits a powerbomb and then drops down onto his ribs, which is enough to send Bate bailing to the floor for a labored breather. Bate gets rammed into the barricade to make it worse but he dives back in to beat the count at nine. Mastiff gets some near falls as the round ends.

We start the fifth round with Mastiff elbowing away at the back and chest until Bate has to escape a fireman’s carry. Bate can’t hit a German suplex but he can collapse before Mastiff can hit a corner splash. A German suplex sends Mastiff flying but Into The Void misses. Somehow Bate manages the airplane spin and the Spiral Tap finishes Mastiff at 1:34 of the round (13:58 total).

Kenny Williams and Amir Jordan are ready for Mark Andrews and Flash Morgan Webster on their way to the Tag Team Titles.

That would be Lucky Kid from WXW. Teoman slaps him on the head out of the corner and then takes Jones down for a basement dropkick. Back up and Jones’ comeback is cut off by a shot to the ribs and Teoman stands on his head. The double arm crank doesn’t last long and Jones grabs a Backstabber. Teoman kicks him in the back and hits a missile dropkick to the back for a bonus. A double stomp to the back into a Crossface makes Jones tap at 3:30.

Xia Brookside has Nina Samuels clean her kitchen without telling her there is a dishwasher.

Eddie Dennis is not happy with Wild Boar causing Dennis to take a beating in the street fight.

Gallus is in an otherwise empty pool and promise to get back on top after losing the Tag Team Titles.

Webster, with his taped up ribs, starts with Williams and takes him to the mat by the arm. A few spins let Webster take Williams down and it’s off to Andrews for a step up dropkick. After a quick chat on the floor, Jordan comes in and is quickly caught in Andrews’ wristlock. A double hiptoss takes Jordan down and Andrews hits a standing moonsault for two. There’s a basement dropkick for two more and Webster grabs a snap suplex for the same. It’s back to Williams to knock Webster down for a camel clutch on the bad ribs.

That’s broken up in a hurry so Jordan comes back in for a chinlock. Webster breaks that up in a hurry and dropkicks his way over to the corner for the tag off to Andrews. Everything breaks down with Andrews getting to clean house until a standing Sliced Bread drops Williams. A standing flip splash gets two and it’s a double tag so Jordan and Andrews can come back in.

Stundog Millionaire drops Jordan but Williams makes the save. It’s back to Williams with a springboard elbow to drop Webster but Andrews shoves him into Jordan for the crash. Williams is fine enough to blast Webster with a clothesline and they’re both down. There is no Jordan to tag so Williams hits a quick low blow (much to Jordan’s disapproval) and grabs a bulldog driver for the pin at 10:57.

Video on Trent Seven, who is working harder than ever to be ready for his weigh-in. Tyler Bate has ever seen him work so hard. The weigh-in is next week on the Bump.

Ben Carter is ready for a new start so he has a new name: Nathan Frazer.

The women start but Jinny tags out before anything happens (with a smirk on her face). Conners takes Starz to the mat by the arm but a cravate is broken up in a hurry. An armdrag into an armbar has Conners in some trouble for a change and Starz nails a dropkick to send Conners outside. It’s back to the women with Jinny rolling away until a Conners distraction lets her get in a few cheap shots.

That doesn’t work out so well so Jinny has to bring Conners back in, with Starz grabbing a fast backdrop. Conners uses a Jinny distraction to hit something like a bulldog to the apron, where Jinny nails a kick to the head. A tilt-a-whirl slam plants Starz and he hammers away in the corner, only to charge into an elbow to the face. Starz misses a crossbody though and goes sailing out to the floor.

Back in and Starz wins a slugout, setting up a diving tag to bring in Piper. Jinny gets thrown around to set up the running basement crossbody. A rolling Liger kick rocks Piper but a headbutt puts them both down. Conners tags himself back in so Piper feeds him into a suplex from Starz, setting up stereo Cannonballs. The Piper Driver plants Conners and Niven drops Starz onto him for the pin at 9:41. 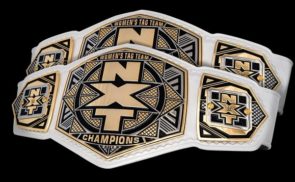 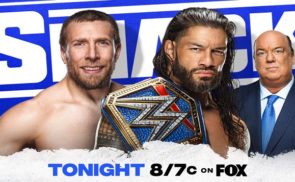