It’s a double title week as both the Heritage Cup and Women’s Title are on the line. That alone should be enough for a huge show, but it is also time to hype up the United Kingdom Title match for next week, which should be a candidate for match of the year. This show has a tendency to be good lately so maybe they can keep that up here. Let’s get to it.

In Memory Of Paul Orndorff.

HHH joins us to hype up Walter vs. Ilja Dragunov II for the United Kingdom Title next week. Walter has been champion for over 800 days but Dragunov is an enigma. NXT UK is proud to present it and it is going to be amazing.

We go to the ring, with Walter and Dragunov set up for a press conference. First up is Alex McCarthy from talkSport, who asks if Walter thinks his title reign is under threat. That’s a no, because Walter is here for the long term. It’s true that Dragunov is an amazing athlete but he doesn’t have the mental capacity to reach his level. Ace from BBC1 Radio asks what Dragunov has learned since his defeat in their first match.

Dragunov talks about how the loss was tough and has hurt him mentally. He lost control because he wasn’t ready to be at this level, but now he is prepared. Aleister McGeorge from Metro asks what we can expect next week. Dragunov promises violence and calls Walter violent, which is too far for the champ. Walter talks about how he redefines wrestling every time he gets in the ring and calls Dragunov a fraud. Yes Dragunov is fantastic, but he isn’t on Walter’s level.

Dragunov won’t look at Walter, which is enough to draw him to his feet for a long rant. With Walter yelling, Dragunov says he thought it was enough last time but, while holding back tears, he admits it wasn’t. All Dragunov feels is hate and now they both stand up. Dragunov hates Walter for turning him into this and wants to take it out on him. Next week, Dragunov will break him and walk out with the title or not walk out at all. Heavy breathing ensues to wrap this up.

Subculture is ready to win the Tag Team Titles again and spray paint about it.

Fallout from Teoman hurting Smith, who jumps Teoman to start. A jumping knee drops Teoman and Smith muscles him up into a suplex. Raja and Carter come in, with Carter hitting a jumping sidekick to the face. Carter gets taken into the corner for the stomping though and the kicks to the chest have him in trouble for a change. We hit the seated abdominal stretch but Carter fights up, only to get stomped back into the corner.

The Crossface goes on but Teoman lets it go and hands it off to Raja….who gives up the hot tag without much trouble. Smith comes in and starts cleaning house until he gets sent face first into the buckle. It’s back to Carter for a German suplex into a low superkick for two on Raja, who is pulled outside. Smith hits a big running flip dive and the referee finally decides to restore some order. The distraction lets Teoman break up a Lionsault and Raja hits a jumping Downward Spiral. Teoman adds the Crossface for the tap at 8:54.

A-Kid’s leg is in a huge cast and wants Jordan Devlin as soon as possible. We should make it a thirty minute Iron Man match too.

Pretty Deadly isn’t sweating Subculture because they run this division.

Satomura is defending and we get the Big Match Intros. A kick to the leg staggers Amele to start and the headlock grinds her down even more. Make that a leg crank on the mat but Amele gets up and hammers away to take over for the first time. Satomura is back up with a flying shoulder and the seated abdominal stretch goes on. That’s broken up as well and Amele stomps her down in the corner.

You don’t do that to Satomura, who kicks Amele down and drops a pair of knees. More kicks to the chest get two on Amele, who gets in a cheap shot for a breather. A fisherman’s neckbreaker gets two but Satomura kicks her in the head again. Amele grabs a quick spinebuster for two and screams a lot at the kickout. Satomura’s DDT plants Amele and Scorpion Rising retains the title at 7:16.

After the press conference, Walter injured his hand in a backstage altercation with Ilja Dragunov, so the title match is off. More next week.

Coffey is challenging and Wolfgang/Trent Seven are the seconds. After the Big Match Intros, round one begins with Coffey driving him up against the ropes to start. Coffey works on the arm and Bate can’t even armdrag his way to freedom. Bate can however spin around into a wristlock of his own as they’re firmly in first gear so far. The arm work switches over to chain wrestling and no one gets anywhere as the round ends.

Round two begins with Bate having to get out of a hammerlock, only to be reversed back into a hammerlock. Coffey takes him down to the mat but Bate gets up and wheels him through the ropes. Back in and Coffey sweeps the legs but Bate flips him into a cradle for the first fall at 1:35 of the round (5:18 total).

Round three begins with Coffey grinding away on a headlock and countering a rebound lariat with a backdrop. Bate dives into a kick to the face and a running basement elbow ties it up at 1:43 of the round (7:32 total). Round four begins with Bate striking away and grabbing a rollup for two. A belly to back suplex gives Coffey two so Bate comes back with a crucifix.

An exploder suplex sends Coffey flying but Bate is favoring his back. He’s fine enough to bust out the airplane spin but the dizziness allows Coffey to grab a half nelson slam. Back up and they ram heads for a double knockdown to end the round. Round Five begins with Bate going for the legs but getting send into the post for two. Bate manages the rebound lariat though and the rolling Liger kick sets up the Tyler Driver 97 to retain at 0:58 of the round (16:47 total).

Respect is shown and Bate holds up the cup to end the show. 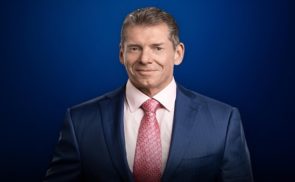