It’s that time again as we get another WCW event being used better by NXT than by WWE. Halloween Havoc is a simple concept that can be done rather well with a cool set and some rather gimmicky matches. As luck would have it, the second one of those is already guaranteed and the first is all but guaranteed so we should be in for a pretty fun, and maybe even eventful, night. Let’s get to it.

We’ll start with a match that we don’t know yet, as this is going to be Spin The Wheel, Make The Deal. Crews has suddenly developed the power of foresight and keeps seeing Waller in varying states of pain so now they’re having a match as a result. Waller is one of the hotter prospects in NXT and Crews is able to work well with just about anyone so, gimmick depending, this should be good.

I’ll take Waller to win here, as there isn’t much of a need for him to lose. Crews is someone whose legacy is already established and he can take a loss here and there without having many consequences. On the other hand you have Waller, who seems like he could be ready to break through to the next level, if not the main roster. Waller goes over here, probably with a goofy enough stipulation.

This is an ambulance match and somewhere along the line, NXT managed to turn this into a decent feud. The Diamond Mine is all but split and now we get to see what happens when Julius gets a big singles match, which happens to be for his brother Brutus’ career. At the same time, Roderick Strong is in a wheelchair and seems to have had a change of heart, which sounds like a red flag if I’ve ever seen one.

While Julius winning would be the logical way to go, this seems too primed for a surprise swerve from Strong, who will likely wipe out Brutus’ career by helping Kemp. Julius seems more ready to be the breakout singles star from the team, though it might be a bit early to pull that trigger. I’ll still go with Kemp winning via Strong shenanigans, as it seems like a prime way to end an ambulance match.

Here we have a Weapons Wild match, which is the 38th different way to say “street fight”. These two have turned what was little more than another tag team split into a decently heated rivalry, with Jade doing better than I would have expected. That being said, Perez seems like she has star written all over her and could quickly become the next next big thing in NXT.

I’ll go with Perez here, as she has lost a few matches to bigger names and could use the win in the match that matters the most for her. It is clear that WWE sees something in her and it would be ridiculous to have her lose again. I know Jade is on her way up as well, but there is something in Perez that you do not see very often and she needs the win here more than Jade right now.

For the vacant title and oh goody it’s a ladder match. At least there are only five people involved this time so things might be a little less insane than usual. There is no way to guess what is coming in a match like this as the whole thing is designed to be little more than chaos with one person doing a dive and then another doing a bigger one. That doesn’t give me much to work with, but it could still be fun.

Since putting the title back on Hayes would be a waste of time and I can’t imagine Wagner or Mensah getting it, I’ll take Lee to win here in a bit of a surprise. Frazer would make more sense, but ladder matches can be a way for title wins that don’t make a lot of sense otherwise. It’s certainly not my favorite kind of match but at least the dives should be good and Hayes is always worth a look.

In a pick I expect to be wrong, I’ll take Fyre to win the title here, on the grounds of “well, someone has to beat her”. I can’t imagine waiting around for Nikkita Lyons to be ready for the belt and Rose is running out of steam as champion. She has improved by leaps and bounds, but after so long with the title, losing isn’t going to hut her. Fyre wins here and takes the title in a different direction, even if I’m almost sure I’m wrong.

Is it just me or is this kind of a flat title match? While it has picked up some in the last week or two, with the big segment this week being an upgrade, the tease of a Money in the Bank cash-in doesn’t exactly instill me with confidence. It will be nice to have Dragunov around, but Breakker has already beaten McDonagh so there is only so much interest in him in the first place.

This really could go any way but it seems that they are teasing a McDonagh win enough that I’ll say he wins through some kind of shenanigans. Breakker really doesn’t need to be champion at the moment as he has held the thing for about six and a half months. Dragunov already had his title reign (which granted he never got to finish) and that leaves McDonagh with nothing major on his resume. I’ll take McDonagh, even if that leaves us with NXT Champion JD McDonagh and….egads. And no, no cash-in.

This show isn’t exactly inspiring but there is enough good on there to make it work. One of the problems right now is that there isn’t a big story that makes NXT feel must see. There is interesting material, but nothing on there is something I’m overly interested in watching. That needs to change soon too, as the interest really needs to go up. We should be in for a hard worked show though and that is usually enough to carry NXT as far as it needs to go. 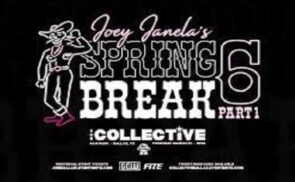 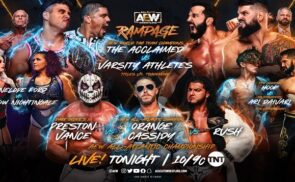