Maybe? Two More Matches Added To AEW Double Or Nothing Card (Kind Of)

The card continues to grow. AEW has an interesting pay per view schedule, in that they run quarterly events rather than a pay per view every month. That allows their events to feel a bit more special, as the fans are asked to wait longer between each event. We are less than a month away from their next offering and now we know a little bit more about what to expect from the show.

On the proper Double Or Nothing card, Wardlow is expected to face Maxwell Jacob Friedman. However, Friedman listed some stipulations that Wardlow has to achieve to make the match happen, including taking ten lashes and defeating Shawn Spears in a cage match, with Friedman as guest referee. If Wardlow makes it to the show but loses to Friedman, he will never be allowed to sign a contract with AEW. Excalibur said that the match was already signed for the show. Double Or Nothing takes place on Sunday May 29.

Opinion: I don’t think there is any real suspense over whether or not the the Friedman vs. Wardlow match is going to happen, but AEW didn’t exactly get the announcement right. Other than that, the Hookhausen match should be a nice way to start the night and that is the point to a Buy In match. I’m interested in both of the matches and this should be a good show once the card is finalized.

What do you think of the matches? Who do you see winning? Let us know in the comments below. 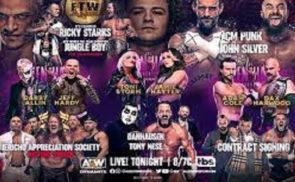 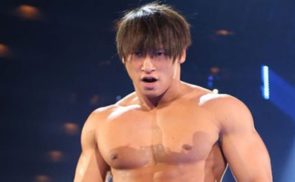