It’s Summerslam week and due to the amount of Coronavirus pandemic messing with everything in the WWE’s world, it very well may be the biggest show of the year. This would not be the first time that Summerslam is (arguably) bigger than WrestleMania, this this time might be a little bit different. Saturday’s Summerslam may be the first time when the show is that big and also follows its own identity.

Something I have talked about before (ok probably several times) is the idea that Summerslam is the gimmickless of the major pay per views. The Royal Rumble is all about the Royal Rumble, Survivor Series is all about the elimination and WrestleMania is WrestleMania. That leaves Summerslam with pretty much nothing more than the fact that it is a major show which happens to take place in August.

This year’s card has no major gimmicks attached (you have one triple threat match and a match where the villain’s lackeys are barred from ringside, with the rest of the matches being straight singles matches or tag matches). That leaves the wrestlers themselves to do just about everything and that is a nice change of pace. There is no elimination match, no huge battle royal and no huge fight with no rules. It feels much more like a wrestling show than a huge extravaganza, which can offer a nice change of pace.

As a result, the majority of the card is built around emotion. Look at several of the biggest matches on the show. You have Roman Reigns vs. John Cena in their big battle of promos about who is the biggest star in WWE. You have Edge and Seth Rollins screaming at each other over their shared hatred. You have Sasha Banks attacking Bianca Belair. You have Nikki Ash wanting to prove herself to everyone. You have Alexa Bliss….ok forget about that one.

What matters the most here is that you have some kind of an emotional investment in most of the matches (either that or thrown one of the 183 titles on the line to make up for it). That’s what is going to carry the show, and it is something that can work out well. If done right, the fans want to see something take place and in theory, that is what they will get (or they’ll have their dreams crushed again, as per the booking philosophy of modern day WWE).

That’s all in theory of course, as the actual impact that any of the stories have had may vary, mainly because WWE is really bad at most forms of storytelling these days. However, there is one story that they have done well with in particular as of late and now it is going to be getting the Summerslam treatment as well. It is one of the few bright spots in WWE these days and that is the case for a few reasons.

Last week on Monday Night Raw, Randy Orton made his return to WWE TV after a seven week absence. His former on and one tag team partner Riddle immediately shows up and tried to reform the RKBro team. That did not go so well for Riddle, who was not only turned down but then was taken out by an RKO later in the night. It was the latest setback for the team, but Riddle, through a combination of never saying die and pure stupidity, was not done.

The following week, Riddle was at it again as he tried to get Orton back on his side. That didn’t work either, as Orton walked out on him during a match, leaving Riddle to be beaten by AJ Styles. Later in the night Styles and Omos were attacking Orton, which drew out Riddle for the save. That was finally enough for Orton, who agreed to reform RKBro, sending Riddle into complete delight. Riddle was so happy that he challenged Styles and Omos to a Raw Tag Team Title match at Summerslam.

This has been one of the best received stories on Monday Night Raw for the last few months and this two week window shows you almost everything about why: it is built on Riddle’s emotions. Riddle is the guy who just wants someone to be his friend and won’t give up until he gets what he wants. Granted some of that is due to him being incredibly stupid, but that weird innocence is the kind of thing that makes you want to see him succeed no matter how much adversity he faces.

What matters here is that it is something regular people can relate to. Everyone has had someone they want to acknowledge them in some way (like a friend, a parent, a sibling, a romantic interest etc) but they can’t get the time of day. It can be incredibly frustrating and it is something that almost everyone has been through at one point or another. That puts us in Riddle’s shoes (hopefully not flying away every time he does his entrance) because it is something we have all done before.

Fans are going to react to something like this because the wrestlers are ultimately supposed to be their avatars. The wrestlers are the people who we see ourselves as or get behind in wrestling because we want to see them succeed. Riddle looked so sad because he couldn’t be Orton’s partner and it made things that much better when Orton FINALLY accepted Riddle’s offer and everything came together.

That is where the story has all kinds of legs underneath it as well. RKBro is getting their shot at the Raw Tag Team Titles on Saturday. What happens there? Maybe they win the titles and it’s a big happy ending (or as happy as you can be holding those worthless titles) or maybe Orton finally gives in to the evil and RKOs Riddle again, perhaps with the thing finally sticking this time.

There is even a third option, which could add some surprise into things. You could have Orton get into the team and be fully committed to the idea until Riddle turns on Orton in a long form surprise twist. It’s a way that they could go and it could give Riddle a chance to show a very different side of himself. I don’t think WWE will actually go there, but it is something that could be worth exploring.

The story could go in a bunch of different ways and that is because the people involved have made the fans care. That is one of the hardest things to do in wrestling today when everything moves so fast with almost nothing making that much of an emotional impact. This story has pulled it off though and I’m curious to see where it goes. How many things can you say that about in modern WWE, especially the stuff that comes out of Monday Night Raw these days?

Summerslam has the potential to be a great show if the action can live up to the hype. It is kind of a much more bare bones and down to earth even and that is certainly not something you see too often in WWE these days. While it is not something that would work most of the time in modern wrestling, it is worth trying a little more often. By giving the wrestlers some stories that people can relate to rather than fighting over a sword (it’s named Angela) or an evil doll, they are allowing the fans to get behind the people involved. That means WWE can take them wherever they want to go, and that could be to a good show for a change. 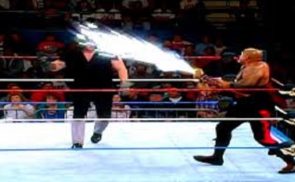 REVIEW: Invasion Of The Bodyslammers: Wrestling And Bowling 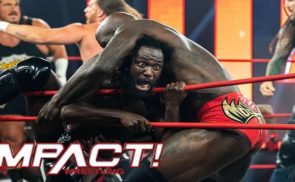