We’re still on the way to both All Out and the First Dance, meaning we could be in for an interesting night. AEW knows how to put on a good show out of nowhere and things were a little bit flat last week. There is a good chance that they can come up with something big here, as Kenny Omega is not going to be happy with losing to Christian Cage last week. Let’s get to it.

Here are Jon Moxley and Eddie Kingston but 2.0 and Daniel Garcia jump them in the crowd. 2.0 wants Sting and Darby Allin right now.

Texas Tornado rules and Allin jumps 2.0 from behind with the skateboard. The running charges in the corner rock 2.0 and it’s time for the brawl to head into the crowd. They make it up to what looks like a VIP area with Daniel Garcia getting in on the beating. 2.0 lifts Allin up into a piece of the ceiling and Sting is sent into a wall.

Sting is taken back to ringside but Allin runs down the barricade to break it up. Eddie Kingston comes back in to make the save as a table is thrown in. Kingston and Garcia fight off as Allin is suplexed onto his skateboard. Sting is powerbombed through a table and pops back up, setting up the double Scorpion Death Drop and the double Deathlock makes 2.0 tap at 6:15.

Earlier tonight, Sammy Guevara proposed to his girlfriend in the ring, getting a yes.

Shawn Spears and Tully Blanchard are happy for Sammy (Shawn: “Slim pickings in Houston.”) and promise to let the girlfriend be in the Pinnacle. For tonight, she can be on top for once.

Sammy is the hometown boy but Spears jumps him from behind on the ramp. That’s fine with Sammy, who tosses him down for the big running flip dive. A missed charge sends Sammy knees first into the steps though and Tully Blanchard joins in on a spike piledriver on the floor. Now we get the opening bell so Tully loads up another spike, only to get ejected in a hurry. Back in and Sammy grabs a rollup for two but the chop off sends us to a break.

We come back with both guys on top and a piece of barricade loaded up between the ringC and the barricade. Guevara busts out a jumping super cutter for two but Spears hits a super C4 for the same. They head to the apron and Sammy hits a C4 onto the barricade. The 630 gets two and the GTH finally puts Spears away at 9:59.

Don Callis talks to Christian Cage about how he got Christian into wrestling 25 years ago. Now Callis is on top of the wrestling world and Cage is….well he’s here too. Cage calls him some rather unpleasant names.

Here is Dan Lambert to rant about how AEW is on the cancel culture train. The people around here got triggered and AEW sent out Lance Archer out here to hit a 52 year old main the place. Lambert has former UFC Heavyweight Champions Andre Arlovski and Junior Dos Santos and if you’re feeling froggy, come out here and jump.

Lambert keeps going and talking about how AEW fans are all pathetic and have nothing better to do than play Dungeons and Dragons and look up creepy stuff on the dark web. Cue Lance Archer but the Men of the Year jump him from behind.  Chris Jericho talks about all of the Labors he has had to go through to get here. Tonight, he has no Judas Effect and no Judas theme song, but the Friends of Jericho will sing it for him.

Chris Jericho talks about all of the Labors he has had to go through to get here. Tonight, he has no Judas Effect and no Judas theme song, but the Friends of Jericho will sing it for him.

The Bucks are defending and have Brandon Cutler, Michael Nakazawa, Don Callis and the Good Brothers with them, while Marko Stunt is with the Express. Callis goes to commentary to clear things out a bit. Nick is sent outside and busts out the cold spray so Jungle dives onto him.

Back in and it’s off to Luchasaurus to throw mat around and chop both Bucks down. It’s back to Jungle, who sends Matt to the apron for a running hurricanrana over the top to the floor. We come back from a break with Luchasaurus coming in to clean house. The Tail Whip sets up the Extinction Level Event for a delayed two on Matt. Back up and a double superkick drops Luchasaurus and it’s the Indytaker on Jungle with a backsplash to Luchasaurus at the same time for a near fall.

Cue Kenny Omega to hit Marko Stunt with a chair so here is Christian Cage to take care of Omega. The rest of the Elite gets on the apron but Jungle hits a brainbuster onto the chair for a VERY delayed two on Matt. Thurassic Express gets two on Matt with Nick making another save. Nakazawa offers a distraction so Luchasaurus dives onto everyone outside. The BTE Trigger finishes Jungle at 11:45.

Post match Christian is dragged back to the ring and the huge beatdown is on, with Callis getting in a few shots of his own. The One Winged Angel connects and Callis counts the pin.

Britt Baker brags about her win on Rampage and introduces Jamie Hayter. Jamie is friends with Baker from way back and was glad to come in and help her out.

Here is Paul Wight for a chat about how great it was to be back in the ring last week. QT Marshall and company interrupt and say they would get in here and take him out but Marshall knows something. We see x-rays of Wight’s hip with a bunch of metal in it, meaning he can’t do much. Wight says it doesn’t matter, because he is facing Marshall at All Out. Marshall gives a shocked face.

The Elite celebrates, but Tony Schiavone announces a tournament for a future Tag Team Title shot at All Out……inside a cage.

Taz brings out Ricky Starks, who wants to bring out Brian Cage. We cut to the back where Powerhouse Hobbs is standing over Cage…..who stands up and fights back. That’s too much for Starks so cut the feed.

Death Triangle is ready for All Out but Chavo Guerrero and Andrade come in. Chavo has some terms for the All Out match and hands Pac a phone book sized contract.

Ford doesn’t seem to be in her regular gear. Rosa wastes no time in sending her into the corner for the rapid fire stomping. They head outside in a hurry with Ford nailing a cutter to take us to a break. Back with Ford missing a running boot in the corner and getting caught with a running clothesline. The slingshot knees rock Ford in the corner again but the Fire Thunder Driver is countered into a rollup for two on Rosa. The Muta Lock has Rosa in trouble but she is back up with the Death Valley Driver for two. Ford goes for the legs again but gets pulled down into something like an STF for the tap at 7:59.

We look back at Malakai Black’s debut.

Arn Anderson is a bit scared of Black and next week, his son Brock gets to face Black.

Jon Moxley is sick of all the teams running around here, either in basketball jerseys or Hangman Page not being able to get over his high school drama. Moxley would run through Christian because he is the guy who carried the World Title on his shoulder during dark days around here. It is time to show what it takes to be the top guy around here and if Daniel Garcia wants a taste of the main event, come get it on Rampage. Just make sure that is what you want before you need the ringside doctor checking on you.

Jericho can’t use the Judas Effect.  The fans sing Judas a cappella, complete with some fans holding up signs with lyrics for a pretty cool moment. The fans are all over MJF and it’s an early Walls attempt to send him outside. Jericho follows him out with a dive but MJF takes Jericho down and steals the camera (ala Jericho). That earns him a big right hand and Jericho grabs the camera to flip it off.

Back in and MJF goes after Jericho’s bad arm to take over. We take a break and come back with Jericho slugging away until another shot to the arm takes him down. Jericho gets in a shot to the face to set up the Lionsault for two though, meaning it’s a surprised kickout. Some clotheslines and right hands in the corner set up a super hurricanrana but MJF reverses into the Salt of the Earth.

That is countered into the Walls but MJF goes for the bad arm to escape. They slug it out until Jericho is sent to the apron for the Heatseeker and another near fall. MJF gets creative by kicking him low and grabbing his own Walls of Jericho. The rope grab breaks that up so it’s time for the diamond ring. That’s taken away so Jericho gets in the Floyd shot. Instead of covering, Jericho loads up the Judas Effect but can’t do it. MJF hits one of his own though and it’s the Salt of the Earth to (eventually) make Jericho tap at 15:53. 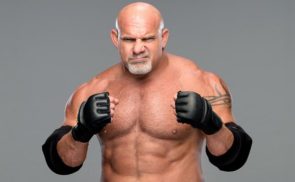