A wrestling promotion can present an angle in all kinds of ways. It could be serious, funny, silly, dramatic or several other points in between. Oftentimes you will see some combination of two (or sometimes more) styles mixed together and it can make for some great moments. However, that is not the easiest thing to make work and it can be very easy to get it wrong. That seems to be the case again now, as WWE has gotten even further into the habits of getting stories more than a bit wrong.

One of the most important things about presenting a story is to know your characters. While you can get a character to do just about anything, there has to be a path to make it work. This might be something from their past or present or even future, but you can’t just throw something out there and hope that it makes sense. You need a path to make something logical and that is where WWE has been slipping as of late.

NXT has something special on its hands, as two time NXT Champion Bron Breakker is as close to a prodigy as you can get in wrestling, having figured out how to be a main event style star in about 25 career matches. You don’t see someone with that kind of skill, talent and athleticism to go with some great charisma at almost any point in wrestling and now NXT has it right in front of them.

What makes it better is the fact that NXT seems to know what they have. Breakker has been treated as a big deal since the time he arrived in NXT and has already defeated multiple former champions. He has wrestled on NXT specials as well as Monday Night raw and was treated as a big deal on both occasions. That means he should be getting something special, but unfortunately that doesn’t seem to be the case with what he is getting to do now.

On the other side of the equation, you have Joe Gacy, who is the latest cult leader in NXT. He has a grand total of one follower but keeps talking about how things need to be done to make the place better in speeches that have made more sense coming from other people. Gacy has been in NXT for a little while now and has shifted from seemingly parodying “woke” culture to this pretty tired deal. Since he’s fairly uninspired, it’s time for him to get an NXT Title shot.

Gacy earned (kind of) said shot by kidnapping Breakker’s father Rick Steiner and stealing his Hall of Fame ring. As tends to be the case, this led to a series of bad horror movie style segments this week on NXT, where Gacy told Breakker that he needed to come and find him to get the ring back. Somehow Gacy gained access to surveillance equipment and the power to project himself onto a mirror, as all good cult leaders do. Then things got a bit weird.

At the end of the show, Gacy wound up on the platform in the arena and said that he had been waiting here all night (apparently he escaped from the mirror earlier in the show). Breakker came into the arena, got onto the platform with Gacy, and agreed to give him a title shot in exchange for the ring, which Gacy held about two feet in front of him with nothing special protecting him.

Then Gacy shoved him off the platform and down onto the floor (it was at least a five foot drop) for a crash sound effect. After the landing, a bunch of druids popped in to attack/swarm Breakker and….I’m thinking eat him. What druids you ask? No idea actually, but apparently Gacy has druids. He didn’t have Harland with him here, but now he has druids, because of course he does.

I’m not even sure where to begin with here, but the biggest problem seems to be with Breakker himself. In short, why did he just stand there when Gacy had what he wanted right in front of him? Breakker is a powerhouse who has run through everything in front of him for months now. He has never shown the slightest bit of fear or apprehension about any kind of confrontation, but now he is going to calmly stand there while the guy who kidnapped and likely tortured his father stands in front of him listing off demands about a title match?

That’s where the thing falls apart (and that’s before we get to the idea that Gacy would be able to shove Breakker off of the platform in the first place, because again, Breakker is kind of a bull), as it doesn’t make any sense for Breakker to act this way. It is completely out of character for him and seemed to only serve to set up the horror movie style ending that they just had to have.

So what next? Will we get an explanation about why Breakker stood there? Probably not, as odds are WWE doesn’t think that is worth their time. It’s another situation where we are going to have the whole thing move on and into whatever the next stage of the story is, hopefully capping it off with a title match at Spring Break In (actually a clever name for once) to wrap up the whole thing.

All that does is leave me wondering why we didn’t get Breakker doing as his name suggests and breaking Gacy in half when he had the chance. If this is what you have to do, have Harland show up and shove Breakker off, as at least I could buy him surprising and overpowering Breakker for a second. Ignoring that Gacy has one follower and has never suggested anything about minions (who we probably will never meet anyway), at least Harland gives you a logical setup to the stupid ending.

It says a lot when WWE runs a story that actually makes Damian Priest vs. AJ Styles going to a no contest due to a purple spotlight make more sense. That was another stupid story but at least it comes with Edge and Priest doing weird things leading up to it. Breakker did nothing like he normally would (and Gacy wasn’t exactly being himself either) and it left fans wondering why Breakker was suddenly acting all weird and un-Breakkerish.

This has been a problem for WWE over the years with some periods being better than others. This time has been among the worst though, as WWE seems to think that we either don’t know the characters that are being presented to us or we don’t need to worry about things like characterization or whether or not something really makes sense. If that is the case, the company is going to have a lot more problems than it already does, as there will be even less reason to get invested in anything that is going on. In short, if WWE doesn’t care what is going on with their wrestlers, why should we?

Wrestling is a lot of things, but ultimately, it is all about telling a story. In this case though, the big climaxes take place inside a ring. There is a lot of work to get there and WWE is ignoring a lot of them. Instead of taking the time and effort to put something together, they are ignoring whatever they have built up to get in their latest BRILLIANT idea, which is usually something they have done before. I’m not sure who has decided that it is a good way to go, but WWE needs to figure this out, or the whole thing stops being about Bron Breakker and starts becoming a deal breaker. 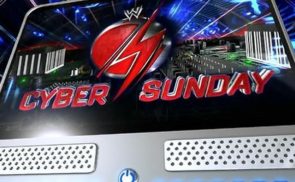 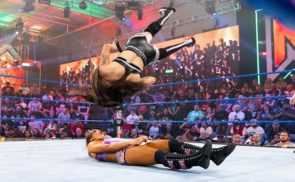