Possible Reason Bray Wyatt Has Not Come To AEW

There’s a reason for that. AEW has changed the way the wrestling world works and a lot of that is due to the company allowing several new wrestlers a chance to appear on the big stage. Some of them might have been around before but now they have a chance to work somewhere other than WWE. Not every former WWE star comes to AEW though and now we know why that is the case with one of them.

During a discussion on Twitter, Dave Meltzer was asked about WWE stars coming to AEW and vice versa. A fan brought up Bray Wyatt, but Meltzer said that Wyatt’s asking price was very high. There is no word on whether or not Wyatt and AEW will come to terms at some point in the future. Wyatt left WWE last July and has yet to wrestle again since. He has been working on a film project during his time away from the ring.

Opinion: Wyatt is one of the bigger names out there on the free agent market right now and seemed ready to be coming in to AEW whenever he was ready. That didn’t wind up happening at that point, though maybe he shows up one day in the future. Wyatt could be a heck of a get for almost any company, but if he is wanting too much money, it might not be worth the effort.

What do you think of Wyatt? Where do you want to see him go? Let us know in the comments below. 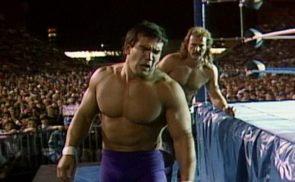 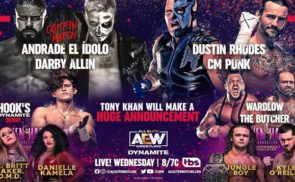