Jay Lethal on His Career in Wrestling and ROH Goals

I can dig it. Jay Lethal is one of the most successful wrestlers in Ring of Honor history with the longest TV Title reign of all time and one of the longest World Title reigns of all time. Despite only being thirty two years old, Lethal is an established veteran and someone who has a lot to offer to Ring of Honor, including being a good interview.

Lethal was recently interviewed by “Paste Magazine” about his career as a whole, including a story about his start in the business, as well as how he’s come to be one of the biggest stars Ring of Honor has ever had. The interview is quite lengthy but here are some of the highlights:

On How He Got Into Wrestling

Lethal: No I didn’t go to Tough Enough. I was too afraid to. I went to a local indie show called Jersey All Pro Wrestling and at intermission they said “We love this show Tough Enough, so we are going to have a contest just like it.” Of course, they did not have the money they did, so no one was going to be living in this extravagant house. This wasn’t going to be a thing that went on for days. 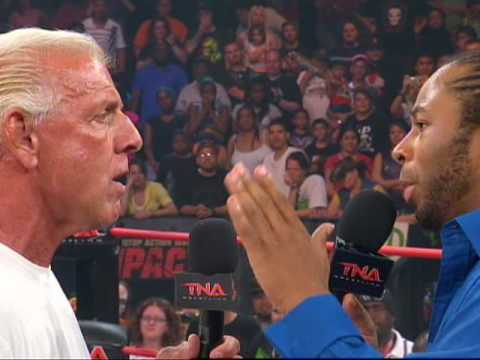 A forgotten gem of a promo.

“One day you would come in for four hours, they would show you how to do three things and whoever does it best, they’re gonna pick three winners to train for free. My dad took off of work, I remember, not a whole day, a half day to get me there on time. He sat in the back as they took 30 to 35 people trying out for this contest. They got you in the ring and they made you take a bump where you fall on the ground.

“They made you hit the ropes, run the ropes. They made you do two other things. I can’t really remember what they are. But he sat in the back and watched the whole time. Of course, every time I’d do something, I’d look in the back and he’s watching, you know. So I felt extra added pressure because my Dad was sitting there and he took a half day off work. So the pressure was really on me to deliver.

“Now sadly, I was not one of the three winners. So on my way to the back, I was asking him “Well, they still have a school, do you think I can sign up for it?” But before I made it to him, they made another announcement, they said “We’re gonna actually pick a fourth winner. We weren’t going to pick him because he was too young (because I was 15 about to turn 16), but we are going to take a chance.”

“The fourth winner was me, but there was only supposed to be three winners. And I have been in the wrestling business ever since. What a lucky break. You know, I feel like my whole wrestling career has been like that—just one lucky break after another. And now we are here, you know what I mean?

On Angles His Parents Didn’t Approve of

I think the only time they’ve never been happy with something they saw me do on TV was in TNA. The X Division was trying to be destroyed by the Dudley Boys along with Johnny Devine while I was trying to save it with Alex Shelley and Chris Sabin. We had to do this angle where we got beat up by the Dudleys and we ended up having to bleed.

“My parents saw that and they were like “no way, never again, what is going on here?” But they quickly got over that. I wouldn’t call it luck, but there would be certain times where I would bleed accidentally and they weren’t freaking out like they were that very first time. So they got used to it. But that was the very first time that they saw something that they didn’t like.”

On Shows he Attended as a Fan

“I have never been to the Garden. See the problem was my dad was the only one who worked in my family. Especially after they had kid number four, the babysitting bill got too big. My parents had six kids. So you couldn’t just take one kid to a show, you had to take them all. So unfortunately never got to do that because it would have been too expensive.

But later on, once we got into high school, while training, is where I found out about these indie wrestling shows. So that’s when me and my buddies would go to those shows. The largest indie wrestling show that I had seen was CZW’s Cage of Death. And that had to be about 200 to 300 people outside for an outside show. So that was big news, it was a big deal to me. But I have never been to the Garden, I have never been to a WWF show.”

And on Re-Signing with Ring of Honor

“So the goal here is to make Ring of Honor bigger and better than it was yesterday. And the fact that some of the guys leave…now think about the history of Ring of Honor, look at all of our past champions, look what they have gone on to do. They have all gone on to win other world championships in other companies. That to me shows that the proof is in the pudding.

“Ring of Honor has and always has had the greatest wrestling roster in the world. Other companies constantly pluck from our roster to make their roster better. And I’m real excited to be a part of the company that other companies pluck from to make their company better. And also, like I said before, everybody here in this locker room, everybody has one goal—and that is to make Ring of Honor the biggest we possibly can make it.”

Opinion: I really wasn’t a fan of Lethal during his Impact Wrestling run but he’s grown on me a lot in Ring of Honor. Maybe it’s the fact that he’s treated as something serious and a talented wrestler instead of ripping off various legends in bits that got old after a pretty short while. At least there’s something good going on in Ring of Honor and it’s nice to see him having this kind of success.

Are you a Lethal fan? Do you like him more serious or funny? Let us know in the comments below. 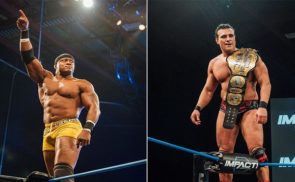 Lashley and Alberto El Patron on Their Upcoming Match 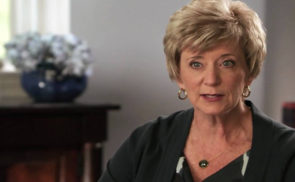