WWE seems to never lack content for the WWE Network, as a steady stream of new original programming has been unveiled and is available any time for subscribers. The latest of which may be a very interesting comparison based series.

WWE announced via their Twitter account today that a special will appear on the WWE Network tomorrow and it may be a larger series for the company.

Titled ‘Then & Now: Charlotte Flair,” the series will air tomorrow exclusively on the award-winning WWE Network. Based on the structure of the name, it likely signifies other NXT alumni will appear on more variations of this special in the future.

Safe to say @MsCharlotteWWE has undergone an evolution… she recalls her journey to becoming #TheQueen TOMORROW on https://t.co/wNpELtT99X! pic.twitter.com/t0PPPBBEd0

While it isn’t exactly certain what the details are on the show, it will likely feature Charlotte speaking on her time from NXT right up until this year, where she will explain her growth as a competitor. Other wrestlers that get picked for this series will most probably have the same format for their episodes. 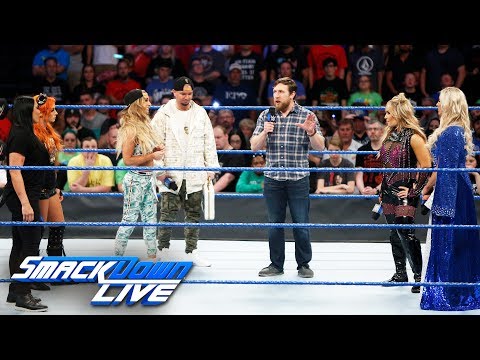 Daniel Bryan makes a decision regarding the Women's Money in the Bank: SmackDown LIVE, June 20, 2017

Charlotte Flair will take on Carmella, Natalya, Tamina and Becky Lynch next week in a second Money In The Bank match to determine the true ‘Miss Money In The Bank‘ after James Ellsworth got involved at the ‘Money In The Bank‘ pay-per-view. The video above showcases Bryan’s announcement on this past edition of ‘Smackdown Live.’

I can’t wait to see what the series is all about. I believe the Charlotte and Ric Flair book to be published by WWE was pushed back and this may be why. They want to have good sales on the book and giving away a lot of what Charlotte will probably talk about isn’t a good business model. I intend to eventually buy the book myself, but I think this was for the best.

Who do you want to see on this series? Who should win the second take of the women’s Money In The Bank match? et us know in the comments below or over on our Facebook page or Twitter account. Additionally, you can find me on Twitter at @SOSNH1995. 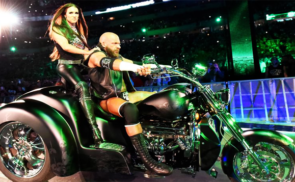 Triple H on Who Is the Future of WWE, Samoa Joe vs. Brock Lesnar 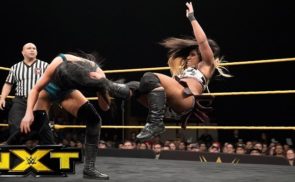