Not him too. Last month, Keith Lee made his full time main roster debut and did not waste time making an impact. Lee defeated Randy Orton in short order at Payback and the sky seemed to be the limit for him. The following night he was in a #1 contenders match and was showing every bit of potential that a former NXT Champion should be having. However, that might not be enough.

Lee seems like he should be one of the most can’t miss prospects that WWE has ever seen. He is a big, strong, athletic freak of nature with some rather engaging speaking abilities. Lee was good enough to get the NXT Title, which is quite the endorsement for a wrestler these days. That really should make him a layup but for some reason, that doesn’t seem to be the case in WWE at the moment.

According to Wrestling Observer Radio, WWE has no specific plans for Lee at the moment. He is considered the latest wrestler who is being put on television with no short or long term idea for his future. There is no heat on Lee and he is not in any trouble, but WWE does not have anything in mind for him at the moment. Lee wrestled in this week’s Monday Night Raw main event against WWE Champion Drew McIntyre, which was interrupted by Retribution.

Lee has started off pretty well. Check out his main roster run so far:

Opinion: One month ago, Lee was the NXT Champion and looking unstoppable because he is such an athletic marvel that almost no one could touch him. Now he is on the main roster and there is nothing to be done with him? This opens up a variety of questions, not the least of which is why he was called up with no idea in mind. How hard can it be to book Lee? He’s a monster who overpowers people and does a bunch of athletic things. Pick someone and have Lee destroy him, then do it again. Or just have no idea and call him up anyway. Apparently it’s the same thing.

What do you think of Lee so far? Who should he feud with next? Let us know in the comments below. 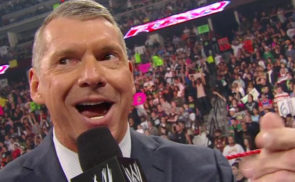 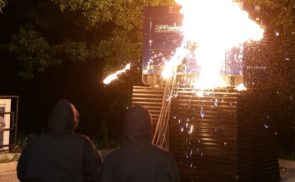 WWE RUMOR: Which Wrestlers Are Part Of Retribution