So how does this work? There are a lot of changes going on in the world at the moment and a lot of them have to do with wrestling. For the most part, wrestling has come grinding to a halt, but there is still out there, especially at the top of the food chain. This includes both WWE and AEW, which are managing to continue their shows despite various governments banning large gatherings. How does that work?

While they may not seem like the traditional shows, WWE ran NXT, SmackDown and 205 Live this week, all from the Performance Center in Orlando, Florida. The latter two shows were both held in empty arenas with no fans, which keeps the companies in line with rules of not having a large crowd gathered for the events. So what are they doing to make this possible?

According to Wrestling Observer Radio, WWE and AEW have been allowed to continue running their shows because there are less than 250 people in the building at a time. This includes wrestlers, production workers and other on-air personalities. WWE will be continuing to run their shows out of the Performance Center for the time being, while AEW will be at Daily’s Place in Jacksonville, Florida. There is no news on when new venues will be available or how long these venues will be allowed under the current government rules.

You might need to get used to these places. Check out both venues in use:

Opinion: This is something that could work out rather well for WWE and AEW. There are only a few ways to run wrestling shows at this point and it’s great to see them figure out a way to keep things going. The good thing is that it might only be a few weeks or months before things get back to normal and if that is the case, they should be able to get through this rather well.

Which venue is better? How long can this setup last? Let us know in the comments below. 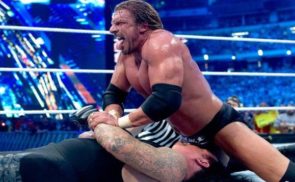