AEW Will Be Featuring Some Fresh Faces Very Soon

Bring them on in. Wrestling promotions have a lot of different things to balance at any given time in order to keep their fans happy. This includes making sure that they have fresh matches and wrestlers so that their cards don’t get stale. That is a bit easier to do today in modern wrestling with so much talent available, and now some more wrestlers might be making appearances in a major American promotion.

AEW Vice President of Talent Relations Christopher Daniels has announced that AEW has come to a working agreement with DDT Pro-Wrestling. This will allow the company’s wrestlers to appear for AEW, though there is no mention of AEW wrestlers appearing in DDT-Pro Wrestling.. There is no word on when this will begin or who might be appearing for AEW. DDT-Pro Wrestling is a Japanese promotion owned by Pro Wrestling Noah’s parent company and was Kenny Omega’s home promotion before moving to New Japan.

AEW and DDT have come to an agreement to bring DDT’s wrestlers to USA and he can't wait to show the American audience the best of DDT!#JudgementDDT#ddtpro #AEW pic.twitter.com/BZTYabAWNv

Opinion: This is something that could make for some interesting moments in AEW, as it brings a different style to the company. I’m going to assume that some AEW wrestlers will head over to Japan in exchange, and that is going to be a good thing for DDT as well. I don’t know if this is going to be some kind of a game changer, but sometimes it is nice to just have something fun for once.

What do you think of the move? Who would you like to see make an appearance for the other company? Let us know in the comments below. 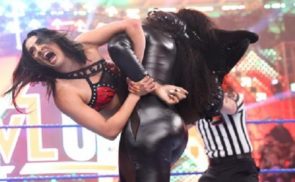