WWE Announces Bianca Belair Is Out Of Action Due To Injury

That isn’t good timing. We are less than two weeks away from WrestleMania 38 and most of the show seems to be set. There are still some things that need to be added or tweaked, but at least the bigger parts are ready to go. That includes the main event title matches, but now one of the bigger title matches on the card might need a bit of an adjustment due to an injury.

WWE.com has announced that Bianca Belair has suffered a fractured hyoid bone in her throat due to Becky Lynch’s attack this week on Monday Night Raw. As a result, Belair will be out of action for an undisclosed amount of time, though she will not need surgery. Belair is currently scheduled to challenge Lynch for the Raw Women’s Title on night one of WrestleMania 38 on Saturday April 2.

Opinion: This certainly feels like a storyline and I would be stunned if Belair is not ready for WrestleMania. It is going to be one of the bigger matches this year and one of the biggest in Belair’s career. The dueling throat injuries is certainly a different way to set up the story and I’m curious to see how it ties into the match itself. The build has worked for now and Belair winning the title back at WrestleMania would be a fine way to go.

What do you think of the feud so far? How will the match go? Let us know in the comments below. 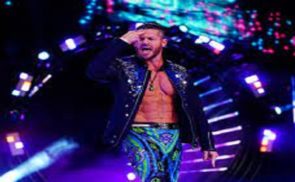