Call it a preview? We are less than two months away from WrestleMania 38 and there are a lot of matches that need to be set up. While we already know some of the bigger matches on the card, there are several more that still need to be added. Some of those might seem a bit obvious from here, but there are some that might not make any sense from here. Now, we might have some previews.

According to John Pollock of Post Wrestling, WWE is advertising two matches for a March 27 live event in Toronto, Ontario, Canada. The matches are:

While not confirmed, these matches could be previews of upcoming WrestleMania 38 matches. Lynch is currently scheduled to defend her Raw Women’s Title against Elimination Chamber. At the same show, Lashley will be defending his WWE Title inside the Elimination Chamber, with Rollins, Styles, Brock Lesnar, Austin Theory and Riddle. There is no word on if either of the Toronto matches are scheduled to be title matches.

During SmackDown, the following matches were listed for the Toronto house show on 3/27:

*Lashley vs. Rollins vs. Styles

Opinion: This is interesting, though I’m still worried about the Lesnar vs. Roman Reigns match being for both World Titles. If that is the case, it is a little difficult to care about the other matches taking place without a championship up for grabs. The talent is there, but ultimately you need something for these people to be fighting over. Just bragging rights isn’t enough, but that might be all they have.

What do you think of the matches? What do you want to see at WrestleMania? Let us know in the comments below. 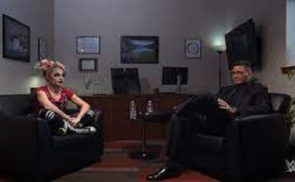 Important Update On Alexa Bliss’ Return To The Ring 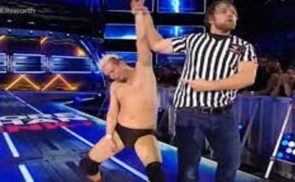