What could have been. We are less than three days away from AEW’s Full Gear pay per view and the show’s card is mostly set. The company has a history of putting on some excellent pay per view events and that should be the case again here. AEW added some more matches to the show this week, but in one case, the match we are seeing was not in the original plans.

During this week’s edition of AEW Dynamite, a tag team match featuring Cody Rhodes and Pac vs. Malakai Black and Andrade El Idolo was announced for Full Gear. According to Wrestling Observer Radio, the original plans for the match called for it to be a four way with the same wrestlers participating. There is no word on why the plans were changed or if we will be seeing the match at a later date.

This should be fun. Check out the participants in action: 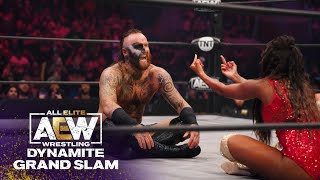 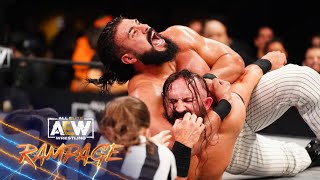 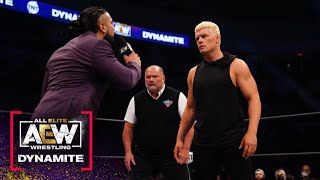 Opinion: This is a case where the revised plans make more sense. El Idolo has been presented as Black’s associate in one way or another and it wouldn’t be the most logical thing to have the two of them fighting each other. Rhodes and Pac might not be best friends, but the two of them are fighting the the villains so it make sense to have them together. The match should be good to go with the logic so this should be a success.

What do you think of the match? Is it better than the original plans? Let us know in the comments below.