Revolution With The Rapscallion: A Mick Moretti Interview

BY Shane O'Sullivan – ON June 8, 2017 IN News, Wrestling Rumors Interviews

It was Australian professional wrestler Mick ‘The Rapscallion’ Moretti who this past week released a video online that promoters, wrestlers and fans around the world begun to take notice of when he released the message of his intended revolution. #youreGonnaNoticeUs. I recently had the opportunity to interview him for Wrestling Rumors.

Some of the wrestlers that took notice of the revolution Moretti hopes to form include NXT Superstar Shane Thorne and prominent independent British wrestler Will Ospreay.

First, I want to thank you for agreeing to this interview, Mick. It is an honor to have you here on Wrestling Rumors. My first question is, when did you get your start in wrestling and where were you trained?

“I started training in April of 2008 in Sydney with a mob called AWF – Australasian Wrestling Federation. A couple of years after I moved over to PWA – Professional Wrestling Australia as it opened up more opportunities for me as well as new training experience. PWA school alumni includes Billie Kay and Peyton Royce from NXT. I’ve been with PWA ever since and am now one of the head coaches.”

Where was it that you first got your current gimmick and what exactly gave you the idea for it? Any inspirations for the character?

“I’ve always been a bit of a mischievous SOB; I like to mess with people for a laugh. It came basically from that, the first thought I had was to call myself the Master of Mischief, and everything evolved from there. The Rapscallion name didn’t come till a bit later. I used to call myself the Green Dragon (started in 2012 – year of the dragon, as I was also born in a year of the dragon) which then turned into the Grinning Dragon to suit my current antics. So many names! but it works for my over-the-top shtick, I reckon.”

“I really love the Joker character from DC so I have gotten a lot of inspiration from that, but of course you never want to be a rip off, it’s just inspiration. I draw more inspiration from a lot of places: Loki, Jim Carrey as the Mask (or just Jim Carrey in general), the Violator (from Spawn) and even a little Deadpool – but in the end its me with some extra flair.”

Who would you say are your heroes in professional wrestling, if you have any?

“I grew up loving the Hardy Boyz with my big brother figure neighbour. It was his influence to begin with and we always acted out as Matt and Jeff hardy on the tramp, I was always Matt, so he was my favourite.”

“As I got older I found an appreciation for Shawn Michaels and Kurt Angle, not only because they were great, but because they weren’t gigantic dudes like so many others, so it made it seem more achievable.”

“Then of course the Rock, who can’t love a man with that much charisma? It amazes me and I always wanted to have that kind of presence.”

On this tangent, do you have any dream matches you’d like to fulfil?

“I’d obviously love to wrestle Matt Hardy, not sure if that’ll happen now he’s back with WWE, I feel like he may retire there… but who knows!”

We both come from Australia, so we are aware of the wrestling scene over here. Would you care to describe it to people that don’t understand what it is like to be a wrestler in Australia or New Zealand?

“Talent wise, what we have here is great. I’d put our top on par with the top from anywhere, we just don’t have the eyes and attention. Don’t get me wrong, we’ve got our crap too.”

“We do much the same as most other indy promotions, we get venues, set up and take down the ring and all in between. Often the talent will help because we don’t always have the luxury of crew teams, but in some of our main places I work at home in PWA and Newcastle Pro, we’re getting a sweet rise in rookies joining the schools which means more hands-on deck.”

“We all put in the hard work to run the shows and send the crowds home happy with a top-notch show. Not to mention those of us who are serious are still training several times a week. We’re putting in all the work and we’d just like to have the platform for it to be appreciated by a wider audience, because I say again, it’s good.”

What does being an Australian wrestler mean to you?

“The same as it does for any wrestler I think. I love it. I’ve wanted to be one as long as I can remember, the only difference is I’m out on this giant isolated island so I’ve gotta try harder to get noticed. I’ve flown myself across the world just to be in the US where I’ve got a better chance of people hearing my name.”

How does it feel to know that American or International promotions such as WWE and WCPW, both of which were referenced in your recent promo do not consider Australia a high place of value in the wrestling world?

“It’s just a matter of time. Obviously, we’d like more recognition, but we get that by putting ourselves out there and showing what we have to offer. It does help create a certain determination, and I think it’s starting to work.”

“WWE had a tryout here last December for NXT which I was fortunate enough to be a part of, and they had nothing but nice things to say about all in attendance. We shocked them.”

You recently created a video using the hashtag #youreGonnaNoticeUs. Could you explain to the readers what the purpose of this hashtag is and what you hope to achieve with it?

“Creating a platform for Aussie and NZ wrestling to be seen. Creating a buzz and something to draw people in to check out what it’s all about, and in turn discover us.”

“It is also a message for any Aussies and Kiwis abroad to carry, so as they impress the fans, the fans will look into this hashtag they are promoting and see more of what we have back home. It’d be great for us to be able to make a name for ourselves without having to cross oceans.”

What are the goals of #TheRapscallionsRevolution?

“Everything I just said above haha! Rallying the power in numbers of all our workers to spread the same message and use a combined reach to actually spread the message as far as possible.”

“It is also to help promote my own name too. I’m the revolutionary who started this movement and dammit I’ll go down in history as the man who properly put Aus and NZ on the map ha!”

If superstars, promoters or fans want to join your cause, how can they get involved?

“Look into Australian and New Zealand wrestling, don’t just stop if you find something bad at first look, because maybe you stumbled on our crap. Dig a little more until you find the good stuff, it’s there!”

“Now, they can search through the hashtag feed to find things. I’ve also created accounts which I’ll use to re-share things so people can just follow them for updates rather than go searching.”

“Also, book us! Hahaha! I’m here with my partner, Jess, she’s a great talent, and still only fresh, she’ll do good things, (bias aside!) book us and let us run the angle and do something cool and unexpected to draw some attention.”

Are there any promotions our readers can look to find you competing in?

“While in the US, I can’t be sure, I don’t have a lot set in stone moving forward except for Chikara until the end of June, even that’s not 100%. There’s a chance we’ll be on Reality of Wrestling in August, but again, not 100%.”

What should everybody look forward to seeing from Mick Moretti, the Grinning Dragon?

“Big things. I ain’t about to stop. I expect to try and invade some promotions. Just expect the unexpected, I like to keep people guessing.”

Where can fans, superstars and promoters find you?

Thank you for all your time, Mick. On behalf of Wrestling Rumors, we hope you make a change in professional wrestling and the depiction of Australian and New Zealand talent. Is there anything you would like to end with?

“Thank you for giving me the platform. You know how I’m going to end it.
#youreGonnaNoticeUs”

I want to thank Nick Moretti for agreeing to this interview. Please do follow the social media he linked in the interview and show your support! The following clip is a match from Newcastle Pro Wrestling in NSW, Australia. It is The Four Nations (Mick Moretti and Jack Bonza) vs Conco and the Fudge (Concrete Davidson and Big Fudge)
Kings of the Castle Tournament Round 1 Match.

If you would like to book Moretti, you can find his email here [email protected]

Many thanks to New Photography Studio for the use of Moretti’s photos. 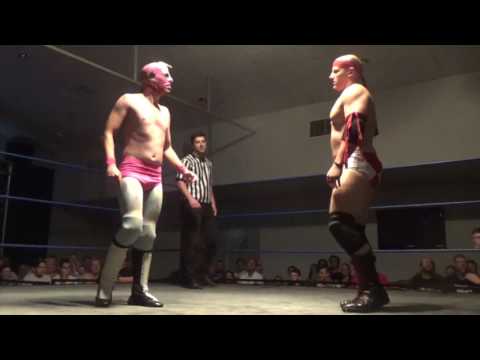 Moretti was such an incredible guest for us here at Wrestling Rumors. He is clearly devoted and passionate about wrestling and improving the depiction of Australian and New Zealand talent over the world. I do hope he makes a change, because the scene over here is fairly unknown elsewhere in the world. #youreGonnaNoticeUs 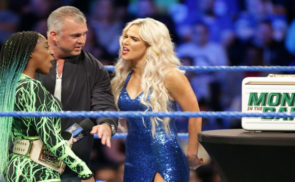 Backstage Plans for Lana and Her Role on “Smackdown Live” 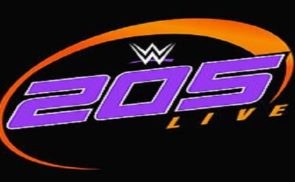 How is WWE Planning to Increase Interest in “205 Live?”